‘Trolls’ director Mike Mitchell signed to direct the hybrid live-action/animated feature based on the 1962 folk song by Peter Paul and Mary. 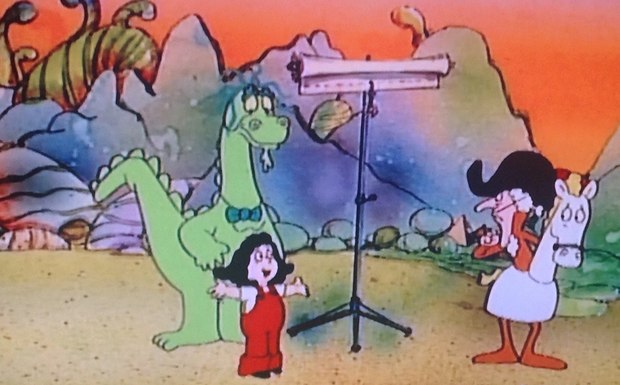 Fox Animation has acquired the rights to adapt the Peter, Paul and Mary song “Puff the Magic Dragon” into a feature film, according to a report by Deadline.

Trolls director Mike Mitchell has been signed to direct the hybrid live action/animated feature, which will reportedly be produced by Safehouse partners Tory Tunnell and Joby Harold and Weed Road’s Akiva Goldsman. Vanessa Morrison and Nate Hopper are overseeing the film for Fox Animation.

The folk song is based on a 1959 poem by Leonard Lipton, which was inspired by an Ogden Nash poem titled “Custard the Dragon.” With the lyrics written by Lipton and Peter Yarrow, the song was recorded and released in 1962. It tells the story of the ageless dragon named Puff who lives “by the sea” in the fictional land of “Honalee.” His playmate, a little boy named Jackie Paper, grows up and loses interest in the adventures of childhood and eventually leaves his imaginary dragon behind.

The song reached number two on the Billboard Hot 100 chart before a Newsweek article speculated that it contained veiled references to smoking marijuana, an interpretation which the authors of the song have repeatedly rejected.

An animated 1978 television special entitled Puff the Magic Dragon previously adapted the song, followed by two sequels, Puff the Magic Dragon in the Land of the Living Lies and Puff and the Incredible Mr. Nobody. In all three films, which were produced by Yarrow/Muller-My Company and Murakami Wolf Swenson, Burgess Meredith voiced the title character of Puff.