DreamWorks Animation distribution partner Fox shuffles its release dates in the wake of the studio’s sale to NBCUniversal. 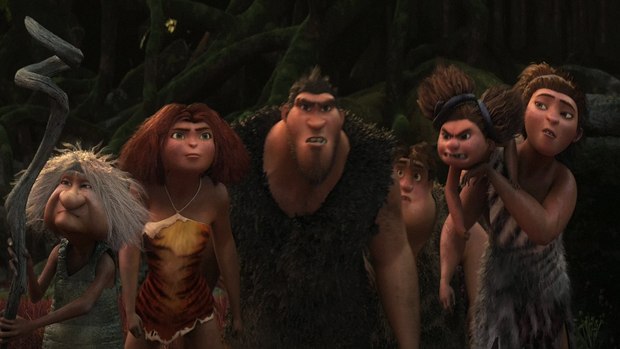 DreamWorks Animation’s first family has been put on hold, according to a report by The Hollywood Reporter.

The CG animated sequel to The Croods had been set for release on December 22, 2017, but distribution partner Fox has reportedly moved the film off of that date in the wake of DWA’s sale to NBCUniversal. Croods 2 will now be released by Universal in 2018, and Fox is instead releasing one of its own projects, The Story of Ferdinand, on that date. Based on the classic 1936 children’s book, Ferdinand was previously set to open July 21, 2017.

Fox has been DreamWorks Animation’s distribution and marketing partner since 2013, when the Jeffrey Katzenberg-led studio’s distribution deal with Paramount expired. According to THR, while that deal technically runs through 2017, there has been speculation as to whether Fox would indeed release all of the remaining DWA titles on its slate, considering the company would soon be owned and operated by another major Hollywood studio.

The other DreamWorks Animation titles still set to be distributed by Fox are Trolls, which releases November 4, Boss Baby, set for arrival on March 31, 2017) and Captain Underpants, which is slated for release on June 2, 2017.

The Croods, which was written and directed by Kirk DeMicco and Chris Sanders and featured the voices of Nicolas Cage and Emma Stone as a cave-dwelling father and daughter navigating familial and tectonic shifts, made $142 million at the domestic box office after its release in March 2013, going on to earn a total of $587.2 million worldwide.

The studio also announced a TV spinoff in 2013; DWA’s television series Dawn of the Croods premiered on Netflix in December 2015.