Fox is taking its underperforming Animation Domination High Def programming block off the air Saturday nights, although the brand will continue on digital platforms. 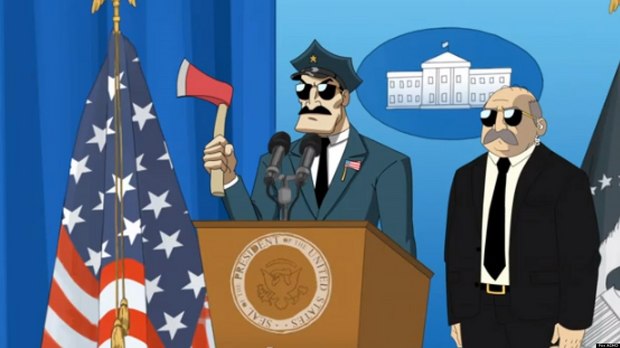 Fox is taking its underperforming Animation Domination High Def programming block off the air Saturday nights, according to a report by Broadcasting & Cable.

The ADHD brand will continue on digital platforms, including FoxADHD.com.

A spinoff from Fox’s Sunday cartoon block, the ADHD studio launched in early 2012 before a slate of shorts debuted on a late-night Saturday block in September. That lineup – which includes Axe-Cop, High School USA!, Lucas Bros. Moving Co. and Golan the Insatiable -- will wrap on June 28.

Two ADHD series are being picked up for a primetime launch in June 2015, and will likely air on Sundays. In the interim, other ADHD series will continue to air on Hulu as the network explores more tier-one digital platforms.

The end of ADHD's one-hour block in late-night will not affect the studio's operations, which includes a 100-plus staff led by executive producers Nick Weidenfeld and Hend Baghdady.

Featuring the voice talents of Nick Offerman, Megan Mullally, Vincent Kartheiser and Mandy Moore, ADHD will continue to air on Saturdays through the end of June.