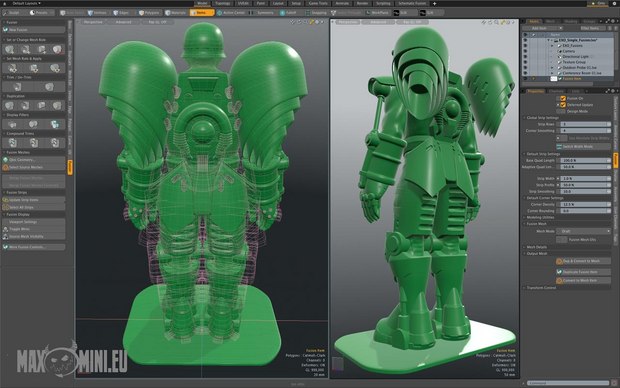 MeshFusion has been completely revamped in 10.2, making it even easier to cut, combine and intersect geometry. Guided by a new schematic-free workflow, MODO’s advanced Boolean toolset will now automatically launch and reorder a model’s underlying tree structure whenever an edit is made. Along with cleaner outputs and enhanced viewport visibility, MeshFusion is more user friendly than ever before.

“The closer we get to freeform creativity, the more our users win, no matter what industry they are in,” said Derek Cicero, head of industrial design at The Foundry. “MODO 10.2 has been designed with artists in mind. It’s fast, powerful and easy to use, everything an artist needs to produce something special.”

Additional Features in MODO 10.2 Include:

MODO 10.2 is the final release in the MODO 10 Series, The Foundry’s first multipart offering that accelerated the speed at which users receive major updates. Geared for professionals and beginners alike, the MODO 10 series has provided new features and improvements for the games, VR and product design markets since its launch in March, including the popular procedural modeling toolset.

MODO 10.2 is available today for Windows, Mac OS X and Linux, and is a free update for MODO 10 Series customers. New users can purchase an individual license for $1,799 or upgrade from a previous edition of MODO for $499.