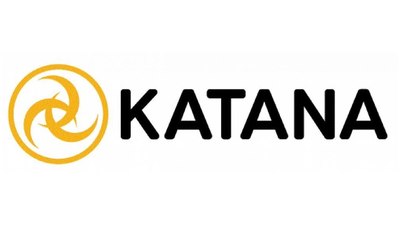 LONDON -- Leading creative software developer, Foundry, today announced the release of Katana 3.1, the latest update to its flagship look development and lighting tool. The new version incorporates a range of updates that will help artists achieve even more complex and creative results faster. Katana 3.1 brings advancements that further enable studios to remain competitive in an industry with challenging schedules and ambitious client goals. Features continue to place artists and users at the core with valuable time-saving results that enable production to be achieved at scale.

Mahsa Ghorbankarimi, CG supervisor at Spin VFX, commented, “I've worked with different software over the years and I can easily say that Katana is my number one, favorite software for lighting and rendering.”

Key features of this release include:

Performance improvements: Katana 3.1 launches with rapidly improved 3D scene processing performance, drastically reducing time to first pixel for multi-threaded renderer plug-ins. Due to improvements in Katana’s Alembic library, multi-threading rendering plug-ins can be up to 5x faster than with Katana 3.0, which was already up to 10x faster than Katana 2.6. This will create an even more powerful pipeline.

Integrated powerful rendering with 3Delight NSI : Katana 3.1 incorporates the next generation of the 3Delight rendering plug-in which has added a host of improvements, including incredible volume rendering speeds and quality. The latest update also brings fast multiple scattering support as well as a new 3Delight Principled shader. Live rendering via 3Delight NSI in Katana remains stunningly interactive and artist-friendly.

Hydra-powered viewer tab: Foundry has introduced a number of upgrades to increase the efficiency and usability of the viewport launched in Katana 3.0. Common tasks are now accessible by hotkeys and facesets support shader assignment. It is now more powerful and the new UX touches make it even easier for artists to use.

VFX Reference Platform 2017 support: This version now uses Qt5 UI library and OpenSubDiv 3.1 to bring Katana into full compliance with the VFXRP 2017 standard. Now all studios have access to all key media and entertainment products which use the same set of code libraries. This will make working with Katana in a pipeline even easier.

The launch of Katana 3.1 coincides with the product’s seventh anniversary, taking place throughout November. During this time, Foundry has made Katana the industry standard, providing studios with the scalability needed to meet the needs of today’s most demanding CG-rendering projects.

Jordan Thistlewood, group product manager at Foundry, remarked, “Katana has been and continues to be a labor of love for us. It’s fitting that we release Katana 3.1 in the same month seven years after the release of Katana 1.0. We’re thrilled with the performance improvements and UX updates in this release as they will have a strong impact for the artists that use the software daily. The update to 3Delight NSI is super exciting with both performance and artist-focused improvements. The only thing more exciting is our ongoing plans for Katana in 2019.”

Katana 3.1 is available for purchase on Foundry’s website and via approved vendors.