Foundry Launches Nuke and Hiero 11.0 to Power Next Generation of VFX Content 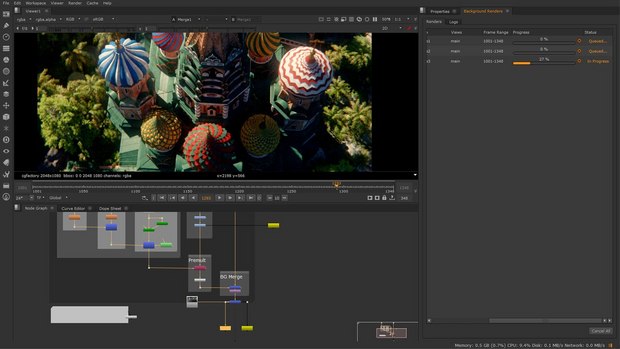 LONDON -- Creative software developer Foundry has launched Nuke and Hiero 11.0, the next major release for the Nuke family of products including Nuke, NukeX, Nuke Studio, Hiero and HieroPlayer.

Building on its reputation as the world’s leading high-end compositing tool, Nuke and Hiero 11.0 align with industry standards and introduce a host of features and updates that will boost artist performance and increase collaboration.

Following its successful beta launch in April 2017, Nuke and Hiero 11.0 will redefine how teams collaborate, helping them to get the highest quality results, faster.

Key features for this release include:

“We’re delighted to announce the release of Nuke and Hiero 11.0 with new workflows for artist collaboration and a renewed focus on industry standards,” commented Jody Madden, chief product and customer officer at Foundry. “Nuke, NukeX and Nuke Studio continue to be the go-to industry tools for compositing, editorial and review tasks, and we’re confident these updates will continue to provide performance improvements and further increase artist efficiency.”

Nuke and Hiero 11.0 are available for purchase on Foundry’s website and via accredited resellers.