Release delivers a range of innovative features including a VR viewport embedded in the UI and improved animation capabilities. 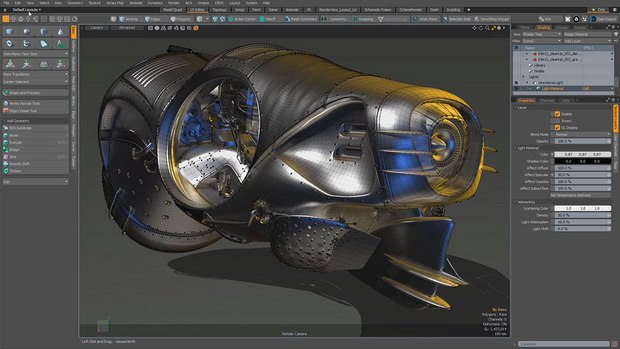 LONDON -- The Foundry has launched Modo 12.0, the first in a series of three instalments of the highly anticipated Modo 12 Series.

Building on its status as the industry’s leading 3D modelling tool, the Modo 12 Series introduces a range of new features and updates that will boost artist creativity and allow for richer content creation and sharing.

"Modo has always been known as a powerful modeling tool, and the improvements to Mesh Paint and additions to MeshOps continue to impress,” says William Vaughan, 3D production manager at New Balance. “It’s obvious that a lot of thought has gone into Modo 12.0 to tune and refine the user experience. The ability to create presets inside the Preset Browser has already proven to be invaluable to our workflow at New Balance."

Modo introduces a dedicated VR viewport within the UI -- the first of its kind for professional DCC applications. This gives Modo users a uniquely immersive experience for creating VR and AR content. Enhanced model-bashing tools and workflows will dramatically speed up workflows, while a focus on iterative design will empower artists to experiment with creating forms quickly.

Shifting data from Modo to other applications will also be much easier in this series, from improved CAD loaders to the Unreal/Unity Bridge workflows. In addition, users will be able to experience vastly improved animation workflows to easily build, repurpose, combine and adjust animation models.

Key features for Modo 12.0 include:

Other key features for this release include a Cloud Assets and Foundry Share Site for creating, sharing and downloading preset assets, UV tools and workflow refinements, and rendering and sharing improvements.