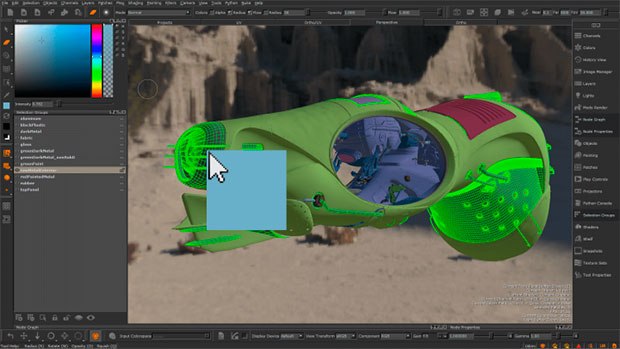 The Foundry sought to make the workflow more intuitive in Mari 4.0.

LONDON -- The Foundry has launched Mari 4.0, the most-recent version of the digital 3D painting and texturing tool.

Foundry launches Mari 4.0 with a host of advanced features, making the tool easier to use and faster to learn. Mari 4.0 comes equipped with more flexible and configurable exporting, simpler navigation, and a raft of improved workflows.

“The launch of Mari 4.0 marks an exciting new era for the tool,” says Jordan Thistlewood, Foundy senior product manager. “At Foundry, we pride ourselves on listening to the needs of our customers, and creating with them in mind. We have taken on board the requirements of both our customers and the wider industry, to create a new version of Mari that is more responsive, precise and inspirational from the get go.”

Mari is currently used by studios around the world, including Animal Logic, Framestore, ILM, LAIKA and Weta Digital.

Key benefits of Mari 4.0 include:

Mari 4.0 is available for purchase on Foundry’s website and via accredited resellers.