The Foundry shadows Italian production company Radical Plans as it sets out to create a Virtual Reality documentary about the plight of refugees arriving in Italy. 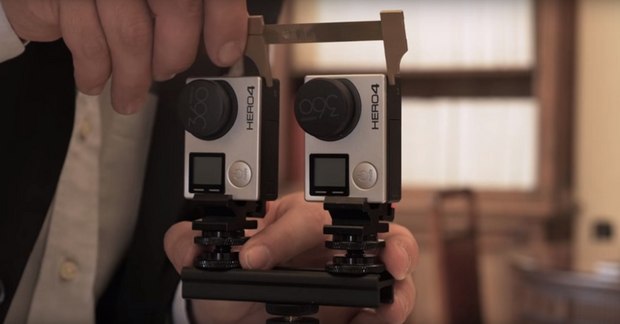 The first-of-its-kind series, entitled Filming with No Borders: 360° VR truth, tracks the opportunities and challenges faced by award-winning independent Italian production house Radical Plans as it filmed a 360° VR movie. Created using The Foundry’s latest VR toolset, CARA VR, the film, which charts the plight of refugees arriving in Italy, premiered to great acclaim at this year’s Venice Film Festival.

The first episode, focusing on Radical Plans’ motivation and preparation for its inaugural 360° video shoot, can be seen in the player below. The documentary provides a transparent window into the entire 360° VR filming process as The Foundry looks to inspire those in the VR space to meet the demand for ever-more immersive and inspiring content:

Filming with No Borders: 360° VR truth explores areas including the stitching process for VR footage, narrative control in VR environments and post-production considerations. As the market for VR and 360° film rapidly expands, the documentary delves into a whole range of scenarios that are faced during the 360° VR production process, providing valuable insights to a broader audience trying to enter the market.

The episodes will feature commentary from VR experts at MPC, Happy Finish, Visualise, REWIND and Framestore, aiming to inspire other 360° VR content creators across the globe. With its long history in the VFX and stereo technology space, combined with years of extensive research, The Foundry is committed to working with the most innovative leaders in the VR space as they push the boundaries of content creation.

“We are in the hype before the storm; a period just before VR is set to break out. The VR market is growing fast but we still need the arrival of mass market, quality content that will interest the wider public. Through this five-part series, we will show the realities and key considerations of filming in VR,” said The Foundry CEO Alex Mahon. “We are utterly delighted to work with creative filmmakers who are changing the boundaries around how we create and view content. Our documentary shows the power of using VR to bring an issue like the refugee crisis to life. Radical Plans have highlighted an important set of issues and demonstrated the possibility to create empathy using VR.”