The Foundry Delivers Increased Performance and Efficiency with NUKE 10 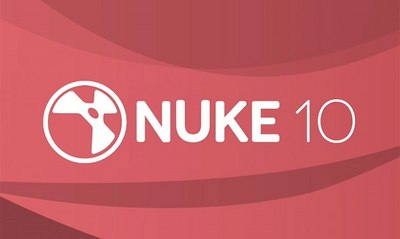 LONDON -- Creative software developer The Foundry has announced the launch of NUKE 10, designed to make artists more productive. With a focus on accelerating everyday workflows by enhancing performance, increasing stability and delivering new functionality in the areas that matter most to artists, NUKE 10 delivers key new updates across the entire product range: NUKE, NUKEX and NUKE STUDIO.

“It’s been almost a decade since The Foundry took over development of NUKE and in that time we’ve focused on consistently delivering new features that have broadened the scope of its user base and made it the global tool of choice for anyone delivering high-end media productions, no matter how big or small.  We also expanded the NUKE family with the launch of NUKEX and NUKE STUDIO,” said Andy Whitmore, chief product officer at The Foundry. “One of The Foundry’s aims is to make tools that help artists be more efficient, so they can focus their energy on using their creativity to achieve the highest quality results. With NUKE 10, we’re putting an emphasis on performance, stability and productivity to attain that goal.”

NUKEX and NUKE STUDIO also save time for common clean-up, replacement and augmentation tasks through a new Smart Vector toolset, which draws on technology from The Foundry’s research team. With it, artists can generate high-quality motion vectors from image sequences and use them to automatically push or warp paint or textures across a range of frames, replacing a tedious and time-consuming manual process.

“Our priority, as always with the release of major updates to NUKE, is to answer our customers’ needs,” said The Foundry’s NUKE product manager Sean Brice. “With NUKE 10 we’ve really focused on NUKE’s day-to-day performance to help make artists’ lives easier. This year is a big milestone for us and we’re really pleased with the results, but most importantly we hope that our customers are too.”

“NUKE 10 is a one-man studio powerhouse, and with Color Correct as a Soft Effect in NUKE STUDIO, I can do advanced grading on the fly,” says Hugo Guerra, cinematic director at Fire Without Smoke. “I can't wait: bring it on!”

Certification for a new HP system that will ensure 4K real-time playback in NUKE STUDIO is expected shortly. NUKE 10, NUKEX 10 and NUKE STUDIO 10 are available in the coming weeks, together with HIERO 10 and HIEROPLAYER 10.