VFX, editorial and finishing in one application. 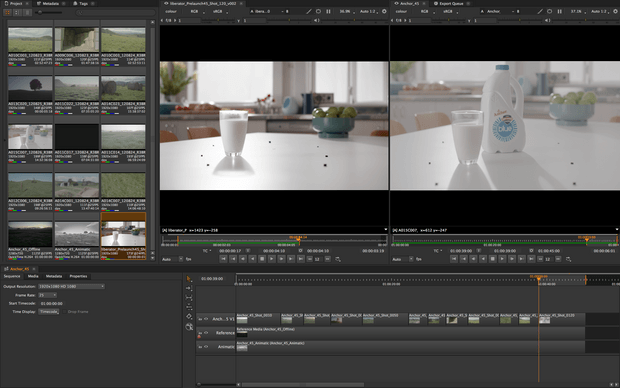 Leading computer graphics software developer The Foundry has announced an exciting new product at NAB 2014. NUKE STUDIO was announced at a special live announcement event on The Foundry’s booth on Monday evening.

NUKE STUDIO will give users the ability to do VFX, editorial and finishing in one single application and will be available later this year. This brand new tool extends the existing NUKE product line and draws on The Foundry’s existing powerful compositing, conforming and shot management technology, as well as adding a host of new features and functionality.

The resulting combination is a powerful node-based VFX, editorial and finishing studio that’s been designed to empower creative individuals working independently as well as collaborative teams working on quick-turnaround projects in a way that’s previously never been possible.

“We’ve spent a long time working with a wide range of artists from around the world to properly understand the challenges and requirements of today’s industry,” comments NUKE Product Marketing Manager, Philippa Carroll. “We wanted to make a product that can offer artists a new way of working that meets the needs of fast turnaround production. NUKE STUDIO lets you do more with NUKE than ever before. We know that artists are under greater and greater pressure to turn around projects faster and that calls for a solution that gives them more power, control, and flexibility than ever before.”

What’s really unique about NUKE STUDIO is that an individual can work on a project from end to end, with complete creative control within one application. It also has a collaborative framework that allows that individual to work seamlessly with a team.

“With NUKE STUDIO we’ve created a solution that enables supervisors and leads the power to run a project with complete individual control but without any restrictions on the collaborative workflow that is so important today,” comments NUKE Product Manager, Jon Wadelton.

“The brilliance of NUKE STUDIO is that you can think of a project from beginning to end as one step,” comments independent commercials director Chris Smith. “You can back up and go forward as you want to. It allows you to work with clients immediately on the whole process and get as detailed as you want. There’s no need to go out to another system. Visual effects, editing, it’s all there.”