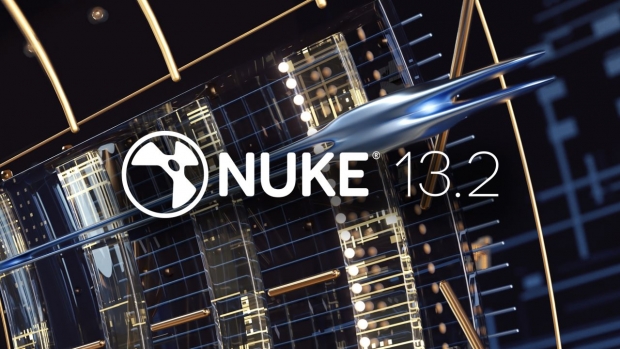 Foundry has announced the release of Nuke 13.2, the final release in the Nuke 13 series. Combining innovative tech with a suite of workflow improvements, the update is designed to support more intuitive artist pipelines. Continuing the developments to Nuke’s 3D system, Nuke 13.2 includes advances to pivot point workflow, bringing Nuke’s 3D system more in line with existing DCC standards, as well as providing a more consistent experience between Nuke and Katana for geometry transformations.

Nuke 13.2 introduces NewTek Network Device Interface (NDI) support into the Nuke Family. With NDI, artists can stream their Nuke or Nuke Studio viewer content to anyone else on their network. As each viewer can now have its own independent Monitor Out functionality, multiple Monitor Out setups can be achieved, including multiple NDI streams that can be sent simultaneously.

The beta Unreal Reader node receives several workflow improvements making it even faster to bring data from Unreal Engine into Nuke: updates to the Stencil layer picking interface, making for a more intuitive workflow, and allowing users to preview the layer they’re selecting, and easily add or remove selections in a layer list. More logical grouping of parameters into new tabs will help artists to access what they need faster. With Nuke 13.2, the Unreal Reader feature will be accessible to Nuke Indie and Nuke Non-commercial users. This release also adds support for integration with Unreal Engine 5. Building on the developments made by ASWF, OpenTimelineIO (OTIO) has been added to support to Nuke Studio and Hiero. OTIO is being introduced as a beta feature and will support the import and export of clips, tracks, linear transitions, and linear retimes.

“The Nuke 13 series combines innovative tech like Machine Learning and trusted features to bring artists full creative and technical control over their work,” explained Juan Salazar, director of Product - Compositing, Editorial and Review, Foundry. “We actively worked towards removing pipeline friction with interoperability between Nuke and Katana and Nuke and Unreal to help artists work closer to the final image. Nuke 13.2 sees iterations on these features based on customer feedback so our users can have a more consistent experience with using Nuke’s toolset: improvements for our 3D system and faster ML workflows, enabling artists to have a more seamless review experience with their team members in real-time, as well as sharing timelines and editorial throughout their production pipeline.”

Foundry’s YouTube channels Foundry and Foundry Learning host a variety of videos and tutorials with more details and support for the latest Nuke update. Additional information about Nuke 13.2 is also available on the Foundry website