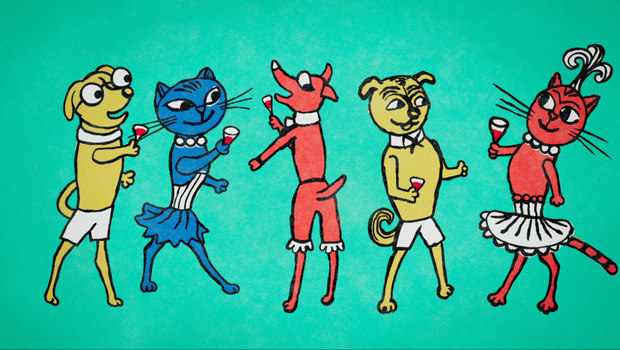 In business since 1707, Fortnum & Mason has been serving up feasting and festivities through 12 reigns of the monarchy. In that time, the company has been witness to momentous change as barriers have been broken and orders reset. Yet in all these years, one thing has happily remained the same – Christmas. In a world that’s ever evolving and increasingly fast-paced, Christmas has stayed as charmingly familiar as gifts under the tree; a much-needed respite at the end of an eventful year.

The piece showcases the scale of change that has happened over the past 300 years, from women’s voting rights to the death of monarchs, while the spirit of Christmas (and spirit of Fortnum’s) happily remains the same through generations.

A mix of original archive footage was sourced and edited down to best set the scene for 300 years of change, mixed with live footage of products shot within the Piccadilly London store. Original Edward Bawden illustrations from the 1950’s, found in Fortnum's archive, were carefully reproduced in digital form and brought to life for the first time through animation to add an extra Fortnum’s wink to the end of the film.

According to Aardman’s Gavin Strange (aka Jamfactory), the spot’s director, “We wanted to make something joyous and merry, charming and captivating. It was such a pleasure to work with Fortnum & Mason - bringing their iconic Edward Bawden illustrations to life. The icing on the cake was looking through 300 years of change and seeing the importance that Christmas still brings to each generation.”

The spot launched globally this past November 1 and will be shown exclusively on digital and social channels. The Masters of Merry campaign will be delivered across all channels and in various formats - from the famous Fortnum & Mason Piccadilly flagship windows, through letterboxes as the Christmas brochure and online.