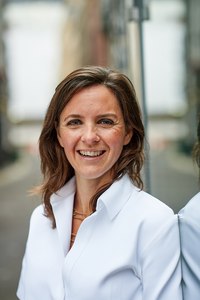 LONDON -- Alex Mahon, the former CEO of Shine Group, has joined leading design and visual effects software firm The Foundry as Chief Executive. Mahon joins The Foundry coming from the Shine Group, the production company behind such hits as MasterChef, Spooks and Broadchurch. During Mahon’s tenure at the Shine Group, which began in 2006, she built it into a business operating in 12 countries with revenues of £700m before its sale in December 2014. She had previously held senior positions at Talkback Thames, FremantleMedia Group and RTL Group.

The Foundry is a leading global developer of software delivering high-end visual and 3D effects for the design, visualization and entertainment industries. The company was founded in 1996 and is headquartered in London, with offices in Silicon Valley, Manchester, Los Angeles, Shanghai, Dublin, and Austin. It has a staff of 300. In July 2015, the company was acquired by HgCapital for £200m, who saw in The Foundry a strong commitment to innovation and an excellent platform for growth across a diversified client base.

The Foundry has grown significantly in recent years through innovation, M&A activity, expansion into new markets and technology licensing deals with industry leading customers including Disney, Weta Digital and Sony Pictures Imageworks. The firm set the de facto standard in the film postproduction visual effects space with its NUKE product, which is used globally by leading artists and designers such as DreamWorks Animation, Double Negative and Pixar Animation Studios to create visual effects. The company has moved into commercial design software for clients such as Mercedes-Benz and is now using its expertise to create innovative IP and technology for the next generation of virtual and augmented reality environments.

“Having spent the last 20 years working in both technology and creative industries, I’m thrilled to be joining The Foundry because of the opportunity for dynamic change and rapid growth,” Mahon commented. “The pace of change in technology combined with The Foundry’s well-deserved reputation for cutting-edge software and passion for the creative process allows us almost limitless opportunities for growth.”

“We are delighted that Alex has agreed to join The Foundry,“ said HgCapital Managing Partner Nic Humphries in making the announcement. “Her wealth of experience within both the technology and creative areas will support the huge growth potential of this innovative company over the next stage of its development.”

“Alex has the skills to continue the extraordinary growth The Foundry has achieved over the last decade,“ added Bill Collins, former CEO of The Foundry who remains with the company full-time as President and Board member. “I’m personally looking forward to focusing on identifying new initiatives and technology partnerships to maintain the company’s entrepreneurial spirit.”

Mahon started her career as a PhD Physicist and then worked at strategy consultants Mitchell Madison Group as an internet retail expert. She is currently a Non-Executive Director of Ocado Plc and The Edinburgh International Television Festival, Chairman of the RTS Awards, serves on the DCMS advisory panel on the BBC, and is also Appeal Chair of The Scar Free Foundation, a national charity pioneering and transforming medical research into disfigurement.