According to a report by Screen Daily, the company claims to be the first dedicated high-end feature animation studio ever created in the UK, and is focused on creating a slate of CG animated films for the global marketplace.

Locksmith is backed as principle shareholder by Elisabeth Murdoch while leading UK visual effects house Double Negative are also investors. Double Negative will work closely with Locksmith as they build an animation pipeline in which Locksmith plans to make its films. 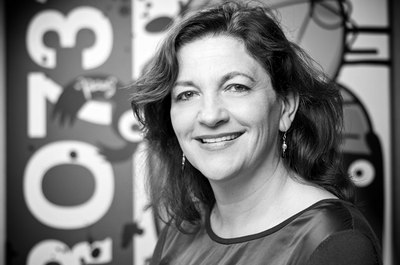 “We’ve harbored ambitions to expand into feature animation for a long time,” said DNeg MD Alex Hope. “Working with the Locksmith team provides us with a unique opportunity to build our animation division in tandem with the development of Locksmith’s slate.”

Smith made her animation debut as director and co-writer of 2011′s Arthur Christmas, and co-executive produced The Pirates! Band Of Misfits in 2012. Her other credits include producing UK TV series The League Of Gentlemen, and several collaborations with Armando Iannucci. She joined Aardman in 2006.

Over the past 12 months, Double Negative’s completed works include The Dark Knight Rises, Skyfall and The Hunger Games: Catching Fire, while upcoming features include Transcendence and Godzilla.