Forbes writer Scott Mendelson examines the implications of multi-platform branding, or the 'Cloud Atlas strategy,' for DreamWorks Animation with the launch of Turbo FAST on Netflix. 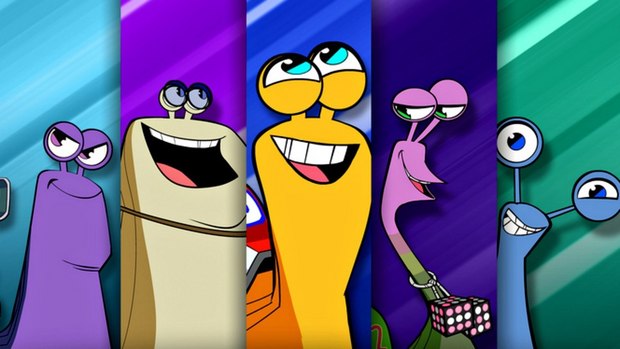 Yesterday, Netflix premiered Turbo FAST, a racing-themed animated comedy from DreamWorks Animation. Coming just months after Netflix made history at the Emmys for its political thriller, House of Cards, Turbo FAST is the streaming service's first original series for kids.

The show follows the Stunt Team of Turbo (voiced by Reid Scott from HBO's Veep), Whiplash, Burn, Smoove Move, White Shadow, Skidmark and Chet as they race on “the coolest tracks and take on the craziest challengers.”

Five episodes from the series, which continues the tale from the Turbo movie, have been made available beginning December 24 at 12:01 a.m. PT, with more episodes premiering in 2014. This release strategy differs from Netflix's previous shows, which saw all episodes for those series come out at once.

Turbo FAST is part of Netflix and DreamWorks' multi-year agreement, which also includes bringing more than 300 hours of new programming — inspired by DreamWorks characters as well as some of the DreamWorks-acquired Classic Media characters — to Netflix.

In an article for Forbes magazine, Scott Mendelson examines the implications of multi-platform branding, or what he calls the “Cloud Atlas strategy,” for DreamWorks Animation as it becomes the first test case in what is already looking to be a very crowded field.

“It would seem that multi-platform branding is all-the-rage,” Mendelson writes. “Marvel announced its big Netflix series deal to branch out four of its smaller-scale super heroes to complement the current Agents of S.H.I.E.L.D. series, which will all exist in the same universe as the ongoing feature films. The new Terminator reboot will exist both in feature film form and in an episodic television series. Everyone is wondering what kind of interconnected universe Warner Bros. is planning with its DC properties, specifically whether its present and future television universes (CW’s Arrow and The Flash, Fox’s Gordon series) will exist in the dame universe as each other and/or the Man of Steel DC universe. But one of the first big tests for this new ‘Cloud Atlas strategy’ (‘everything is connected’) comes from the most unlikely of places: DreamWorks Animation.”

Head over to Forbes.com to read the rest of the story.