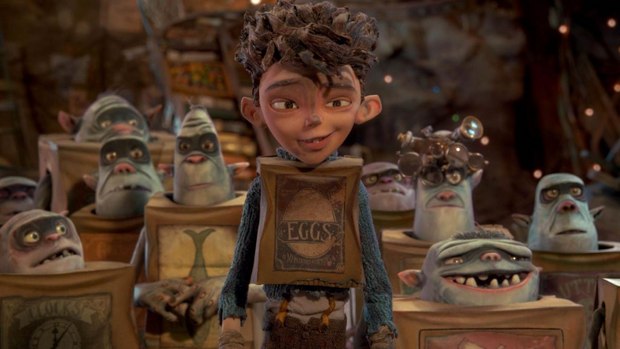 The first video, “Trolls Right Off the Tongue,” explores how the talented voice actors at LAIKA gave the Boxtrolls a language of their own in the film. With their guttural grunts and groans, they may not sound smart, but tons of clever thinking went into creating the Boxtrolls’ unique speech:

The second video, “Winnie Takes Charge,” introduces audiences to Winnie, the spunky girl from the town of Cheesebridge who takes Eggs and the Boxtrolls under her wing:

The stop-motion feature begins its theatrical rollout today, September 12th, in several international territories including the U.K. and Mexico. The film will bow nationwide in the United States and in Canada on September 26th. The Boxtrolls is being released by Focus Features in the U.S., eOne Films in Canada, and Universal Pictures International in all other territories.