With just one week to go until LAIKA’s ‘The Boxtrolls’ arrives in U.S. theaters, Focus Features releases a rash of new featurettes to help promote the 3D animated film. 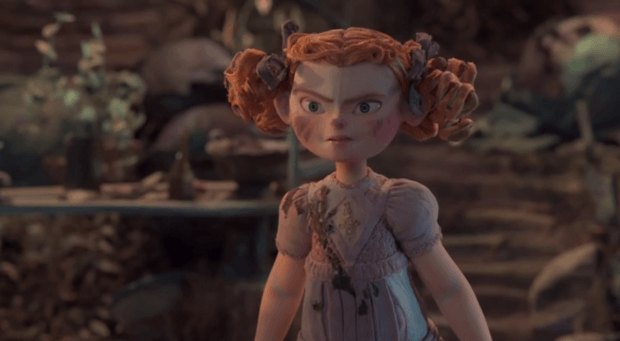 With just one week to go until LAIKA’s The Boxtrolls arrives in U.S. theaters, Focus Features has released a rash of new featurettes to help promote the 3D animated film.

The first video, “What Makes a Family” explores the meaning of family with clips and interviews with the film’s voice talent:

In “You’re a Boy” Winnie explains to Eggs that despite his unorthodox upbringing among the Boxtrolls he is actually a human boy:

Finally, LAIKA presents a field guide to the Boxtrolls with five brief clips that delve into the habits and habitats of the quirky underground creatures:

Intro to THE BOXTROLLS: Cooperation

Intro to THE BOXTROLLS: Hiding

Intro to THE BOXTROLLS: Hunting

Intro to THE BOXTROLLS: Play

Intro to THE BOXTROLLS: Sleeping

Based upon the book “Here Be Monsters” by Alan Snow, The Boxtrolls is directed by Anthony Stacchi and Graham Annable. The Boxtrolls introduces audiences to a new breed of family, a community of quirky, mischievous creatures who have lovingly raised a human boy named Eggs (voiced by Isaac Hempstead Wright of Game of Thrones) in the amazing cavernous home they’ve built beneath the streets of Cheesebridge. When the town’s villain, Archibald Snatcher (Academy Award winner Ben Kingsley), comes up with a plot to get rid of the Boxtrolls, Eggs decides to venture above ground, “into the light,” where he meets and teams up with fabulously feisty Winnie (Elle Fanning of Maleficent). Together, they devise a daring plan to save Eggs’ family.

The 3D stop-motion feature began its theatrical rollout on September 12th in several international territories including the U.K. and Mexico. The film will bow nationwide in the United States and in Canada on September 26th. The Boxtrolls is being released by Focus Features in the U.S., eOne Films in Canada, and Universal Pictures International in all other territories.