CG-animated feature based on the iconic PlayStation video game franchise is set for release on an April 29, 2016. 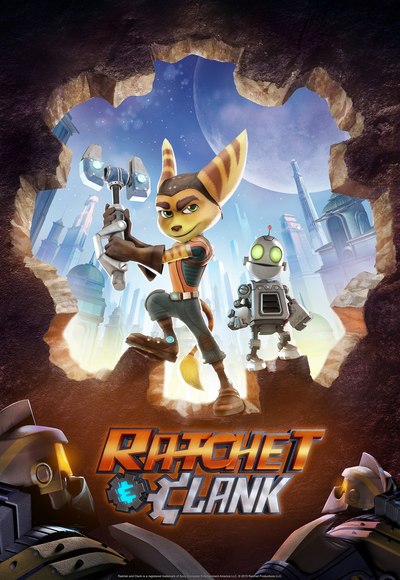 Vancouver-based animation studio Rainmaker Entertainment and Blockade Entertainment have announced that Focus Features has been appointed as the U.S. theatrical distributor for Ratchet & Clank, with an April 29, 2016, release date scheduled. Film Financial Services, who organized co-financing for the film, will arrange P&A financing. The CG-animated feature film is based on the iconic PlayStation video game franchise from Sony Computer Entertainment America LLC (SCEA), created and developed by Insomniac Games.

Ratchet & Clank tells the story of two unlikely heroes as they struggle to stop a vile alien named Chairman Drek from destroying every planet in the Solana Galaxy. Ratchet is the last of his kind -- a foolhardy “lombax” who has grown up alone on a backwater planet with no family of his own. Clank is a pint-sized robot with more brains than brawn. When the two stumble upon a dangerous weapon capable of destroying entire planets, they must join forces with a team of colorful heroes called The Galactic Rangers in order to save the galaxy. Along the way, they will learn about heroism, friendship, and the importance of discovering one’s own identity.

Already sold in over 25 international territories by leading International Sales Agent, Cinema Management Group (CMG), Ratchet & Clank is set to be the most successful 3D animated feature for CMG since it started licensing independently produced animated features in 2004.

Co-financing was arranged by David Sheldon’s Seattle based Film Financial Services (FFS) and includes Rainmaker as the lead investor along with China’s CNHK (backed by Wang Sicong’s Prometheus Capital), and Cinema Management Group.

Sony Computer Entertainment America LLC will release a companion Ratchet & Clank video game, a re-imagination of the origin story for the PlayStation®4 computer entertainment system along with the release of the film. The game is being developed by franchise creator, Insomniac Games. Since the first Ratchet & Clank video game was released in November 2002, the franchise has been a massive success, quickly becoming one of the most popular franchises in the SCEA portfolio, selling over 26 million copies worldwide.