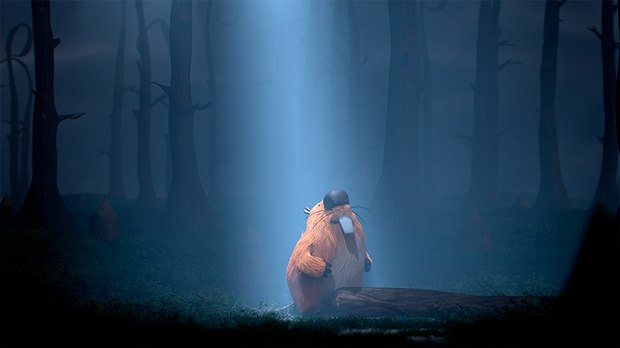 FMX has released the third in its series of trailers for the 2018 edition, taking place April 24-27 in Stuttgart, Germany.

Also announced: Animation Production Day takes place April 26-27 in Stuttgart, and the release of the third part of the FMX 2018 trailer series, Behind the Beard.

Joyce personifies this year’s FMX theme of Creating Worlds as he builds worlds in many mediums. The director, producer, production designer, screenwriter, author, illustrator, app designer, and pioneer in the digital and animation industry won the Academy Award in 2011 for the best animated short film The Fantastic Flying Books of Mr. Morris Lessmore, which was based on his New York Times No. 1 Bestselling book. After beginning his film career as a character designer on the original Toy Story, he has produced, written and designed projects with nearly every major film studio. Feature films based on his books include Epic, Rise of the Guardians, Robots and Meet the Robinsons. He is directing his first animated feature film, The Extincts, produced by Cirrina Studios.

Naylor, who received an Annie Award for her design work on Samurai Jack, will step into the limelight of the Concept Art track, sharing her wealth of knowledge with the audience.

Shankly, assistant director of The Breadwinner, will share some insights into the Oscar-nominated movie as the first confirmed speaker for the track The Art of Animation.

Animation Production Day, jointly organized by FMX and Stuttgart Festival of Animated Film, is the most important business platform for animation projects in Germany. It takes place April 26–27 at L-Bank Stuttgart and brings together around 150 producers, broadcasters, distributors, sales agents and investors in a series of pre-planned one-to-one meetings. Producers can submit animation projects in the areas of film, TV series, mobile content, games, cross-media and transmedia until the deadline of Feb. 20.

In other FMX news: Scanline VFX has joined as a main partner and will have a space in the recruiting hub, next to congaz Visual Media Company, Eder, LIGA 01 and Rise FX, who just confirmed their participation in FMX 2018 as well. BenQ will be represented at the marketplace, while Vicon will have a booth at the Marketplace and host a workshop. SAE Institute Stuttgart will join FMX 2018 at the school campus and host workshops. And TH Mittelhessen University of Applied Sciences has booked a booth at the school campus.