Highlights for the technology and games-related tracks also announced for the annual event, set for April 24-27 in Stuttgart, Germany. 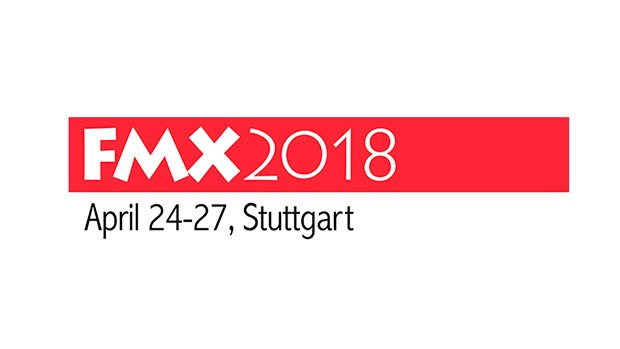 LUDWIGSBURG, GERMANY -- FMX has announced the participation of Blue Sky Studios founder Chris Wedge as well as confirming programs and highlights from the technology and games-related tracks for its 2018 edition, set for April 24-27 in Stuttgart.

Wedge is a major addition to the Then & Now track. He is one of the founders of Blue Sky Studios and in 1998 won an Academy Award for the animated short film Bunny. In 2002, he directed the first Ice Age, and also has directed the animated features Robots and Epic, as well as the live-action/animation hybrid Monster Trucks for Paramount. Wedge also has served as executive producer on four Ice Age sequels, Dr. Seuss’ Horton Hears a Who!, the Rio films and the recently released Ferdinand.

Coming together for the Virtual Studios: Opening Doors track, curated and hosted by Kathleen Maher and Jon Peddie, are: Mathieu Mazzerole (Foundry), Mathieu Muller (Unity Technologies), Ton Roosendaal (Blender Foundation) and Hugo Guerra (fire without smoke), who will discuss how the rise of virtual studios enables the production from independent houses and individuals. And Jean-Colas Prunier (FilmFlow), Ton Roosendaal (Blender Foundation), Hugo Guerra (fire without smoke) and Felix Mertikat (King Racoon Games) will elaborate on how industries are opening up to independents, small studios and outsiders thanks to new platforms for digital production and new tools for data exchange.

In the Games Visual Arts track, Jean Guesdon (Ubisoft), creative director of Assassin's Creed Origins, will talk about the action-adventure game, giving an overview of the process and challenges that awaited the team when creating a living and breathing world full of people and narratives. Moreover, Forza Motorsport 7 Art Director Scott Lee (Turn 10) will give an in-depth presentation on the latest installment of the racing game series.

This year Mackevision is back on board as an FMX main partner. Moreover, the FMX Forum is filling up quickly: DynamiXYZ and Rokoko will welcome the visitors at the Marketplace, while Allegorithmic and Xsens will be joining FMX with workshops and a booth at the Marketplace. Binary Alchemy and Chaos Group will host workshops. Animal Logic, Axis Production, Illumination Mac Guff and Pixomondo joined the exhibitors at the Recruiting Hub. Further participants at the School Campus will be Darmstadt University of Applied Sciences, Mediadesign Hochschule, Plymouth College, and the University of South Wales.

Tickets for the FMX 2018 are available in the online ticket shop at www.fmx.de. Early-bird rates apply until March 15.