Conference confirms presentations on the VFX behind ‘Reminiscence,’ ‘The Witcher,’ ‘Lost in Space,’ and ‘Stowaway;’ Animation Production Days is now accepting projects for the ‘Producer Programme.’ 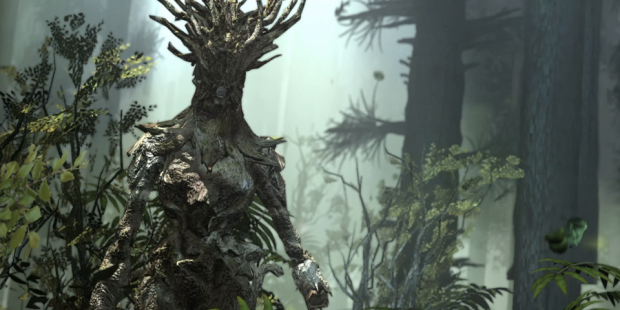 With the countdown to FMX 2022 less than 100 days away, check out the event’s official trailer as well as what’s in store when the conference goes live onsite May 3-5 and online May 6:

First, check out the official trailer FMX 2022: Burned, created by students at Filmakademie’s Animationsinstitut. In the CG animated trailer, a wooden creature in the shape of a fox discovers a seed and chases it down a forest hit by a wildfire. Close to reaching its goal, it ignores the dangers of the fire and needs to transform to survive.

The Third Floor virtual production manager and industry expert Brad Blackbourn explains how virtual production was used on-set of Season 2 of the popular Netflix series. The presentation will dive deep into how shows such as The Witcher helped to pioneer new innovations of real-time visualization tools, to keep up with the creators' increasingly ambitious and extensive productions.

Reminiscence - what was RISE sinking?

RISE co-founder and executive VFX producer Florian Gellinger will present the large-scale CG environments and water simulations for Lisa Joy's theatrical film debut Reminiscence. The film starts off with a low altitude flight over sunken Miami created entirely in CG by the RISE teams in Stuttgart and Berlin, lasting for a spectacular 3267 frames. The shots were built based only on photographic reference available on the internet as the teams were not allowed to travel for photography and scanning due to COVID-19.

The VFX of Lost in Space

Prof. Juri Stanossek will present Mackevsion’s VFX from Lost in Space, Season 3. Mackevsion was one of the main vendors under VFX Supervisor Jabbar Raisani and VFX Producer Terron Pratt and was responsible for large full CG procedural environments in Episode 1 and many sequences with various robots in Episode 8 which were created using virtual production. While the X-Sens acting took place in Stuttgart, the approval from the director was done remotely from Los Angeles due to COVID-19.

ADP is now accepting newly developed animation projects (feature films, TV series, mobile content, games, cross- and transmedia projects) for the "Producer Programme" for the 16th edition of Animation Production Days (May 4 – 6, 2022 in Stuttgart). Around 50 projects will be selected for a presentation at APD 2022 and presented to potential co-production and financing partners in pre-scheduled one-to-one meetings.

Young European producers/creator teams (max. two people) can submit their projects via the “APD Talent Programme” and - if selected - participate in APD free of charge. The aim is to bring the newcomers together with established experts in the industry and thus facilitate their first steps in the international market.

Production companies and studios from the fields of animation, games, VR and VFX who are looking for projects in which they can participate as co-producers or service providers can register for the 'Producers for Co-Production Programme', which will be held online this year.

The deadline for registration and project submissions is February 21. Additional information is available here.