New automotive track at FMX 2017 to include series of talks with Marc Petit, general manager for Unreal Enterprise at Epic Games, about the use of real-time graphics and games engines in the automotive development process from design to retail.

Organizers of the FMX International Conference on Animation, Effects, VR, Games and Transmedia have announced that this year’s edition will host the first series of talks on the automotive industry at its annual conference, running May 2-5, in Stuttgart, Germany.

Under the headline “Automotive Industries Meet Real Time,” FMX 2017 will bring together players such as Audi AG, McLaren, Renault-Nissan, Mackevision, 3DEXCITE, AImotive, Burrows, IGNYTE, REWIND and ZeroLight. The keynote for this set of presentations will come from Chris Bradshaw, senior vice president of media and entertainment, education experiences and impact, at Autodesk. He will discuss the convergence of automotive and media industries, focusing on real-time technologies and their impact.

Marc Petit, general manager for Unreal Enterprise at Epic Games, will host a series of talks that will cover the use of real-time graphics and games engines in the automotive development process from design to retail.

One central project in the limelight is The Human Race, which was introduced by Chevrolet, Epic Games and The Mill at this year’s Game Developers Conference in San Francisco.” The Mill’s Alistair Thompson, Vince Baertsoen and Joji Tsuruga, alongside Epic Games’ Kim Libreri, Francois Antoine, Michael Gayand Guillaume Abadie, will be at FMX 2017 discuss the development of Mill Blackbird -- a fully adjustable car rig that can be modified in length and width as well as programmed to replicate the driving characteristics of any car. Fitted with a camera rig, lidar scanner and tracking markers, this vehicle can be used with Unreal Engine to create any photoreal car in CGI in real time. Mill Blackbird stars in The Human Race, a short film that merges real-time visual effects and live-action storytelling, which helped launch the 2017 Chevrolet Camaro ZL1 at GDC 2017. 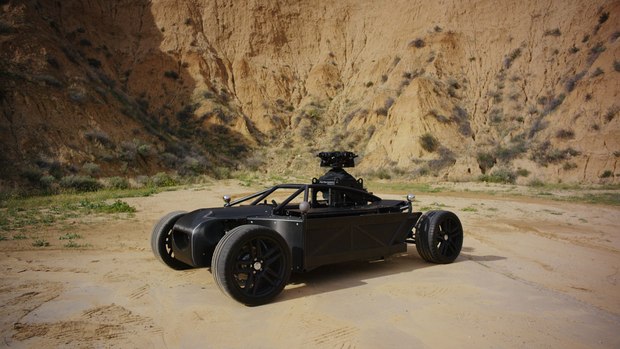 Also at FMX 2016, Bruno Simon -- the founding father of the Renault Design Racoon Project, which entailed a highly innovative concept car featuring the first CG car integration within a real environment, as early as 1992 -- will explain why Renault decided to invest time and energy to develop the very first “Virtual Production Studio” in the world and integrate virtual cars in live environments.

Mackevision VFX supervisor Juri Stanossek and head of real-time graphics, Benny Glende, will speak about technical challenges but also open up new perspectives on cinematography for car commercials and the use of real-time 3D technology. Also on-board: Tim Rau from 3DXCITE with a presentation of their most recent developments. In addition, Leif Petersen (IGNYTE) and Thomas Zuchtriegel (Audi AG) will discuss The Audi VR Experience, which select Audi dealers are outfitted with that acts as a car configurator for potential buyers. Solomon Rogers (REWIND) will provide insights into the creation of the Jaguar VR Experience, which was the central showpiece of the Jaguar all-electric I-PACE concept car launch.

And, as part of the spotlight on Pixar Animation Studio’s Cars 3 a full month ahead of its release, production designer Jay Shuster will be on hand to reveal how he helped build the world of the film and worked on the character design for the film.