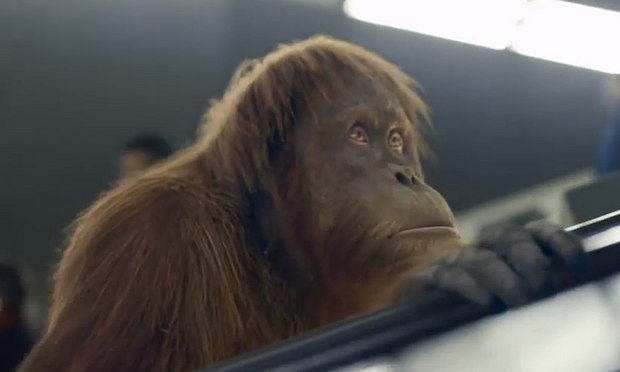 Ludwigsburg, Germany -- Less than two months before the 20th anniversary edition officially kicks off, FMX adds more flesh to the bones of its 2015 program. Additions come from tracks that have a long history at FMX: "VFX in TV" welcomes the Emmy-winning TV series Game of Thrones, "VFX in Commercials" showcases recent campaigns by Glassworks, The Mill and Unexpected. "Animation Wild 'n Strange" brings prolific and experimental artists and producers such as Allison Schulnik on board and the Tech Talks assemble the latest innovations in filmmaking.

VFX in TV series: Game of Thrones and Borgia

With the growing cultural importance of popular TV series, the quality and quantity of visual effects in TV has increasingly moved into the spotlight. With Game of Thrones and Borgia two crowd- and critic-pleasers are examined at FMX. Two-time Emmy-winner Joern Großhans, Visual Effects Supervisor at Mackevision, details the work that was done for the fourth and latest season of Game of Thrones which received the highest ratings for a series in HBO's viewing history so far. Großhans was part of the team that realized 72 shots which involved crowd replication, water-simulation, set extensions, digital environments and more. During his presentation he pays special heed to the workflows and art behind some of the most iconic environments of the series, such as the Eyrie, the Red Keep and the first-ever glimpse of the Free City of Braavos. In addition, Rayk Schroeder, VFX-Supervisor and Lead Compositor at RISE FX, recounts the creation of the visual effects for the French-German-Czech-Italian historical drama television series Borgia produced by Atlantique Productions.

The track "VFX in Commercials" looks at successful commercials and upcoming productions that continue to catch our attention across different platforms. Popular contributors include Alexander Kiesl and Steffen Hacker (both from Unexpected) who do not only deliver a sneak peek behind their latest hits such as the energy drink BIRELL with its wild bunch of digital animals, but also provide the FMX audience with amusing inside stories from the international commercials industry. What's more, Glassworks' Ruediger Kaltenhaeuser takes the audience through the highly innovative Lycra Moves You, a commercial that was realized in cooperation with Independent Films & SapientNitro. In Lycra Moves You, the medium of dance is celebrated in the form of a 3D cloth trail that follows and represents the dancers' elegant movements. Kaltenhaeuser explains how the fabric was built and simulated. Furthermore, Jorge Montiel and Sam Driscoll (both The Mill) discuss the evolutionary journey of character animation, which led to the creation of a 100% CG photo-real orang-utan for the multi VES award-winning commercial SSE Maya.

Animation Wild 'n Strange: From the US to Japan

The "Animation Wild 'n Strange" Track offers insights into three different countries and their cultural output. First of all, there is Allison Schulnik, an acclaimed independent US artist whose films, paintings and sculptures have been featured in international screenings and exhibitions, winning prizes all over the world. Her prolific work includes Forest which was the official music video for the acclaimed indie-pop band Grizzly Bear - the song "Ready, able" received more than four million views. Schulnik's FMX presentation encompasses paintings, drawings and behind-the-scenes photographs from her films. In contrast, the Japanese multimedia artist Akinori Oishi introduces his artist persona of being a "Drawaholic" and the concept of nature in his work. Moreover, Marc Bertrand, who has worked as a producer for the National Film Board of Canada (NFB) since 1998, showcases the broad and experimental variety of films that have been realized by the Board. Bertrand's hand-picked selection comprises nine films which experiment in different ways with stereoscopic and 3D animated films, such as Around is Around and Now is the Time that count among the very first stereoscopic animation films ever made.

This year's tech talks comprise a broad range of technological advances from a production-ready open-source raytracer to complete 3D models of digital humans. Michael J. Black (Max-Planck-Institute Tuebingen) provides a short tutorial on how to model realistic human bodies from scans and to create digital avatars so that attendees are able to walk away with a ready-to-use 3D body model. Moreover, software engineer François Beaune delivers a talk on Appleseed, a modern, open-source rendering engine designed to produce photorealistic images, animations and visual effects, which, among others, was used to render the short film Fetch. Jan Froehlich and Bernd Eberhardt (Stuttgart Media University) offer a glimpse into the future of filmmaking by introducing the Open Film Tools with specific attention to high-dynamic range and wide-color gamut image capture. Vladan Blahnik and Michael Wick (Zeiss) dedicate their presentation to the physical simulation of lens effects like flare, straylight, bokeh and chromatic aberration. And to round things off, Mark Davey (The Foundry) focuses on the development of BLINK which constitutes a "write once, deploy everywhere" image processing framework for scheduled heterogeneous image processing.