Academy Award-winning films are part of the Lighting & Rendering track, a recurring series of presentations among the most relevant and successful components of every FMX program. 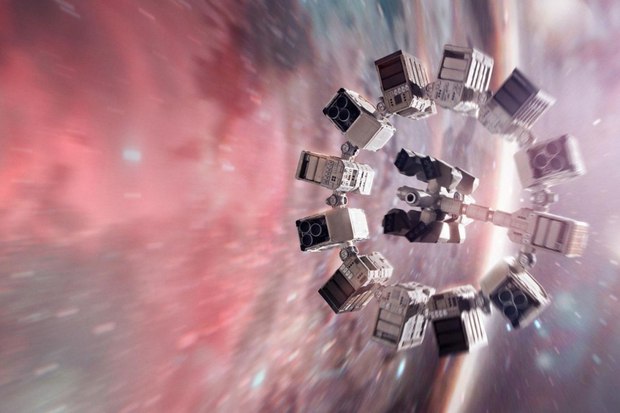 Ludwigsburg, Germany -- The FMX Conference on Animation, Effects, Games and Transmedia, running this year May 5-8 in Stuttgart, Germany, has announced the addition of two brand-new Academy Award winners to its 2015 program: VFX stunner Interstellar and animation delight Big Hero 6. Both films are being discussed as part of the Lighting & Rendering track, a recurring series of presentations that counts among the most relevant and successful components of every FMX program.

The list of talks also encompasses Academy Award nominee Dawn of the Planet of the Apes. Pre-production in Europe becomes the center of attention with the “Animation: The European Scene” track that assembles, among others, Song of the Sea which also competed for an Academy Award in the Best Animated Feature Film category. The animated short A Single Life is yet another Academy Award nominee that joins the acclaimed film crowd as part of a dedicated MAXON Workshop.

Confirmed presentations furthermore spotlight insights into rendering aspects of the highly anticipated Finding Nemo sequel, Finding Dory, which is set to be released more than a year from now in June 2016. In addition, the Transmedia sector is growing with a dedicated focus on the Virtual Humans Forum.

See below for more details on each track:

Long-time FMX Program Board member Christophe Hery (Senior Researcher at Pixar Animation Studios) returns with his Lighting & Rendering presentations that illuminate the trend for custom renderers in production this time, assembling illustrious experts, two of whom won an Academy Award at yesterday's ceremony: Interstellar that was honored for Best Visual Effects and Big Hero 6 that received the trophy as Best Animated Feature Film.

To kick it off, there's Oliver James (Chief Scientist at Double Negative) who explores Christopher Nolan's recent awe-inspiring science fiction narrative Interstellar detailing the creation of wormholes using the company's relativistic ray-tracer. In addition, Luca Fascione (Head of Rendering Research at Weta Digital) describes how Weta Digital's physically-based production renderer Manuka was used in a number of key shots on the recent Academy-Award nominated Dawn of the Planet of the Apes and as the full production renderer on the last Hobbit installment.

From acclaimed to yet unseen: Christophe Hery fills the audience in on a new path trace approach for the much-awaited Finding Nemo sequel Finding Dory that is set to be released in June 2016, more than a year from now. Moreover, Craig Welsh (Lighting Supervisor at Animal Logic) showcases the renderer that was put together for the 2014 hit Lego Movie. His talk is complemented by Prof. Philipp Slusallek (Saarland University) who sheds light in on his team's work on the development of a real-time ray tracer in an easily reusable and portable form as part of the EU-funded project Dreamspace.

The European Animation industry has grown in size and relevance over the last years, turning out critically acclaimed films from all over the continent on a regular basis. The artistically elaborate Song of the Sea underlines this positive development, landing a nomination for Best Animated Feature Film at this year's Academy Awards. Fabian Erlinghaeuser (Animation Supervisor at Cartoon Saloon) enlightens the FMX audience on the animation production of Song of the Sea across five different European Studios in countries such as Ireland, Denmark, Belgium, Luxembourg and France, with Ireland being the hub. As both Assistant Director and Animation Supervisor, Erlinghaeuser supervised the pre-production aspects of character posing and character animation. In addition, Tom Barnes (Head of Camera and Post Production at Aardman Features) explains the hurdles that had to be overcome to successfully realize the British production Shaun the Sheep Movie that was released at the beginning of this year. Shaun the Sheep Movie is a stop-motion animated comedy film based on the popular Shaun the Sheep television series, a spin-off from Wallace and Gromit.

The Virtual Humans Forum returns to FMX this year with Mike Seymour, Co-Founder of fxguide.com & fxphd.com, whose expertise and research using interactive real-time photo real faces in new forms of Human Computer Interfaces informs his curatorial efforts. The track offers insights into two aspects: best practices and future learnings with regard to the use of digital humans in previz technology as well as non-VFX-related realms. During the first part with its focus on best practices examples of advanced skin and face rendering are being showcased, during the second real-time interactive part the latest research of highly interactive faces that are a step well beyond what is possible today is being presented and discussed.

FMX is an event organized by the Institute of Animation, Visual Effects and Digital Postproduction at Filmakademie Baden-Wuerttemberg. In partnership with the 22nd annual Festival of Animated Film Stuttgart (ITFS), FMX is hosting Animation Production Day 2015 (APD), an event held in cooperation with the Visual Effects Society (VES), ACM SIGGRAPH, the 5D Institute and Eurographics.

FMX is funded by the Ministry of Science, Research and the Arts and the Ministry for Finance and Economic Affairs of the State of Baden-Wuerttemberg, the MFG Film Funding and the FFA German Federal Film Board.