Ludwigsburg, Germany -- FMX 2015, running May 5-8 in Stuttgart, Germany, has announced that this year’s edition of the conference on animation, effects, games and transmedia will present several events to celebrate its 20th anniversary edition. Terrence Masson (Founder/CEO of Building Conversation) and Sebastian Sylwan (Visual Effects and Digital Media Technology Executive) host and moderate the introductory anniversary event that takes place on Tuesday: under the headline “20th Anniversary of FMX,” twenty high-quality professionals and pioneers gather at FMX to share their personal milestones from the last 20 years with the audience - whether this is an image, a film, a game, a technical innovation or something altogether different. Speakers include William Sargent (CEO, Framestore), David Sproxton (CEO, Aardman) and Thomas Zauner (Managing Director, Scanline). Moreover, FMX has invited the most trailblazing companies to join in the anniversary spirit. FMX celebrates 20 years of Weta Digital together with the renowned four-time Academy Award-winner and Director of Weta Digital, Joe Letteri, but it also celebrates more than 40 years with Industrial Light & Magic (ILM) and three of the people that shaped its success. In addition, FMX celebrates 20 years of Toy Story with Pixar and part of the original Toy Story crew. Further program components include experimental immersions, a Transmedia series of talks co-hosted by Alex McDowell (World Building Institute) and presentations that zoom in on the latest advances in Pipelines and Future Hardware.

The FMX team feels honored and very lucky to welcome one of the most prolific and successful VFX luminaries to Stuttgart: Academy Award-winning Director of Weta Digital and Senior Visual Effects Supervisor Joe Letteri. Letteri, who has earned four Academy Awards and four BAFTA Film Awards for The Lord of the Rings - The Two Towers and Lord of the Rings - Return of the King, King Kong and Avatar as well as numerous VES Awards, shares his valuable insights with the audience. Letteri, who was awarded the New Zealand Order of Merit in 2012, has a long-standing history at Weta Digital: He joined the company in 2001 and was appointed Director in 2007, thus shaping and contributing to the cinematic adaptation of J.R.R. Tolkien's Middle Earth story-world since its very beginnings. He will discuss how twenty years of creativity and innovation came together in The Hobbit: The Battle of the Five Armies, the latest Hobbit installment that concluded the Peter Jackson trilogy in 2014. Moreover, Letteri will highlight how the core principles of Weta Digital's approach to visual effects go back to The Lord of the Rings and extend through the much-lauded and Oscar nominated Dawn of the Planet of the Apes this year. 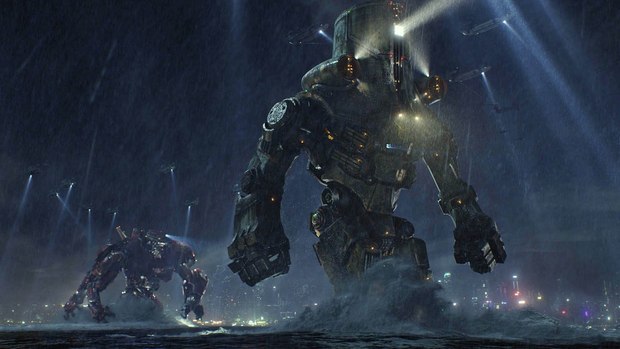 As part of its 20th anniversary edition, FMX celebrates more than 40 years of Industrial Light & Magic (ILM). The American Academy Award-winning motion picture visual effects company has set the has set the standard for visual effects, creating some of the most memorable images in the history of modern cinema, winning 15 Academy Awards as well as 28 Sci-Tech Awards and introducing numerous technical advances in computer graphics, character animation and other realms. FMX is very happy that three renowned presenters, who represent ILM across the different decades, have confirmed their attendance: The Academy Award-winning former ILM Modelshop Supervisor Lorne Peterson, who has created models for various Indiana Jones and Star Wars films as early as in 1977, the Academy Award-winning ILM Chief Creative Officer and Senior VFX Supervisor John Knoll (whose credits include the Abyss, Pacific Rim and most recently, Tomorrowland), who began working at ILM in 1986, as well as VFX Supervisor Richard Bluff, who joined ILM in 2003 and contributed to films such as Luc Besson's Lucy and Elysium. Together they discuss the company's work from its earliest days and breakthroughs along the way.

One of the most beloved game changers comes to FMX to join in the anniversary celebrations: Pixar's Toy Story, the first feature-length computer-generated film ever to be made, takes the stage this year. Hosted by graphics pioneer and long-time FMX Program Board Member Christophe Hery, members of the original Toy Story team at Pixar look back at computer animation, what challenges they have overcome and what they still hope to conquer. First of all, there are Academy Award-winning William “Bill” Reeves and Eben Fiske Ostby, Supervising Technical Director at Pixar Animation Studios, who were already collaboratively working on Luxo Jr. - the first three-dimensional computer animated film to be nominated for the Best Animated Short Film Oscar and the source of the hopping desk lamp that is part of Pixar's corporate logo. Reeves and Ostby are joined by Ralph Eggleston, Director and Designer at Pixar, who won an Academy Award in the category “Best Animated Short Film” for For the Birds. In addition to delivering insights into the creation of Toy Story, Reeves, Ostby and Eggleston engage in a lively talk about Pixar founder Ed Catmull's early work in computer graphics to candy commercials and feature films, and the paradigm shift that occurred along the way.

Immersive technologies open up new ways of experiencing content. Alexander Herrmann, (Filmakademie Baden-Wuerttemberg) and Benjamin Rudolf (Founder, NAU-HAU) curate a track that explores experimentation in the field of VR and AR. Eric Joris, founding member of CREW, a theater company working in the field of VR and in AltR - i.e. the combination of the physical and digital, the virtual and the real - kicks off this series of talks with his insights and practical findings whilst working with on-stage and location-based VR. Cory Strassburger, co-founder of Kite & Lightning, presents their innovations in the field of immersive VR using 3D scanning, wind machines and robotics, creating fully immersive experiences. Moreover, they introduce their latest VR experience created for Lionsgate promoting the studio's latest film, The Divergent Series: Insurgent. After a short break, Bryan Mitchell fills the audience in on Novum Analytics' location-based AR horror game - a game which applies itself to any given location while playing. Surprisingly, the elements of the game are mainly composed out of filmed footage instead of CG content. The track is complemented with a glimpse into the future by Crytek's Frank Vitz who is talking about the possibilities of the use of game engines in VR and AR environments.

Transmedia: Storytelling beyond the traditional platforms

Alex McDowell, the renowned Creative Director of the Worldbuilding Institute at the USC School of Cinematic Arts in California, returns to FMX to curate the track “Traversing Reality: Storytelling in Brave New Worlds” together with Tawny Schlieski (Intel's Experience Group). The track questions the divisions, possibilities and limitations of emerging technologies in virtual, augmented and mixed realities taking heed of live performance and real world interaction as a framework for a “new” language. The impact of VR, AR and mixed realities is analyzed with regard to audience experience and creative practice, tackling problems such as: What can storytellers in mixed reality learn from the traditions of live entertainment? What is 'real time' in a live digital space? Renowned speakers come from research and development, the education sector as well as the digital entertainment industries.

For the first time, FMX presents the Pipelines track curated by Bill Polson (Pixar Animation Studios), a series of presentations centered on the problems of producing computer graphics at scale, i.e. the production of huge amounts of assets, shots and images. Polson himself focuses on common design patterns and vocabulary, Hannes Ricklefs showcases MPC's production pipeline and Dr. Hank Driskill discusses Walt Disney Animation Studio's pipeline from an “assembly line” model to a “hub & spoke” model taking Big Hero 6 as a case study. Moreover, Ray Davis and James Golding dive into the specifics of game engine content pipelines at Epic Games. Jon Peddie from Jon Peddie Research provides a look into the future of technology with his “Future Hardware” track. The panel discussion “The Next Generation of Technologies for the Cinema Industry” ponders the question whether 8k or iMax will dominate the developments to come. Panelists come from renowned software companies and encompass Steven Parker (NVIDIA), Oliver Grau (Intel), Richard Huddy (AMD) and Brian Nilles (OptiTrack). Richard Huddy furthermore dedicates a talk to AMD strategic vision for virtual reality and Steven Parker complements the outlook into future hardware with an emphasis on the future of physically-based rendering.