Organizers for Europe’s leading conference on Animation, Effects, Games and Transmedia announce that this year’s program will include a presentation on a number of highly anticipated yet unreleased films, including DreamWorks Animation’s How to Train Your Dragon 2. 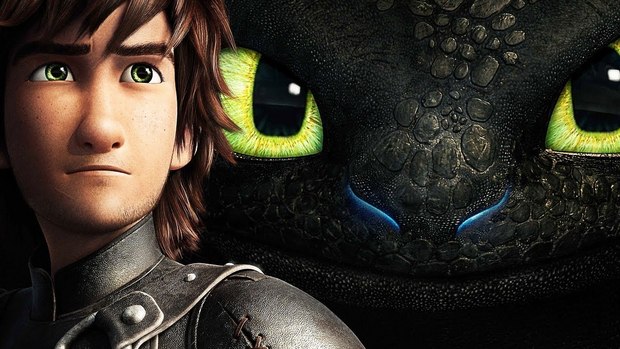 Organizers for FMX 2014, Europe’s leading conference on Animation, Effects, Games and Transmedia, have announced that this year’s program features a number of highly anticipated yet unreleased films. In addition to the previously announced next Avatar movie, Dawn of the Planet of the Apes and The Amazing Spider-Man 2, the program will include an exclusive presentation on DreamWorks Animation’s How to Train Your Dragon 2, more than two months before the film hits cinemas on June 13.

This year’s FMX conference will be held April 22-25, in Stuttgart, Germany.

With a focus on Disruption, other newly-announced feature VFX presentations include The Grand Budapest Hotel, Gravity and The Physician, among others. Ryse: Son of Rome complements gaming experiences including The Walking Dead, Beyond: Two Souls, Killzone: Shadow Fall and Battlefield 4. The focus on Transmedia expands with various interactive and immersive experiences featuring, among others, the Oculus Rift.

Take a look at some of the additional program highlights at this year’s conference, shown below:

Advancing Visual Effects in How to Train Your Dragon 2
During this behind-the-scenes panel for the feature animated film, How To Train Your Dragon 2 (June 2014), Co-Head of Effects at DreamWorks Animation, Scott Peterson, shares footage and discusses visual effects from the long-awaited sequel. A variety of tools and processes led to managing a greater scope of complexity in the world of dragons and Vikings. Four years after the first film, a more mature Hiccup returns to the screen with a new gadget that harnesses dragon fire. He encounters unfamiliar dragons that use fire in unexpected ways. One dragon even breathes ice. Scott Peterson will discuss tools and techniques used to realize these effects and others.

Disruption: The Grand Budapest Hotel, Despicable Me 2, Cloudy With a Chance of Meatballs 2
Disruption continues to transform business models. In addition to Nico Hofmann's insights (cf. press release #2) into producing The Physician in Germany, LOOK Effects add their input to this series of talks with a presentation on Wes Anderson's award-winning independent success The Grand Budapest Hotel. Henrik Fett and Gabriel Sanchez (both LOOK Effects) share the stage with Producer Jeremy Dawson to discuss their experience shooting the film and creating the visual effects in Germany. Jacques Bled (Illumination Mac Guff) brings valuable information from Illumination Mac Guff to the table. He analyzes recent films such as Despicable Me 2 and demonstrates what is needed to make "Animation Blockbusters in France for Hollywood." FMX also dedicates a VES Special to the timely topic of Disruption: Eric Roth (VES Society) and Lilian Klages (Parka Pictures) interview selected panelists about the challenges producers are facing when producing international movies in Europe. Furthermore, Cloudy With a Chance of Meatballs 2 Director Kris Pearn (Sony Pictures Animation) and Sarah Smith (Locksmith Animation) focus on "Directing in an Increasingly Complex Production Environment."

Entrepreneurship: Shape-shifting companies and setting up business in China
FMX also sheds light on specific business models and their potential for the whole industry. Volker Engel (Uncharted Territory) explains his company's unusual set-up and shape-shifting capability. Uncharted Territory is currently developing several of their own projects and is slated to start pre-production on the sequel to the alien invasion blockbuster Independence Day in May. Moving over from film to games: Game Developer Tore Blystad elucidates the challenges and opportunities of setting up his own high-end indie studio in Shanghai, China. Moreover, Carl Rosendahl (Carnegie Mellon) introduces his thoughts on the future of entrepreneurship in entertainment technology.

Games: Ryse: Son of Rome and independent mobile games
Two presentations on Ryse: Son of Rome enrich this year's broad game program. Cevat Yerli (Crytek) recapitulates what it was like to create an emotional cinematic experience in a realtime environment as part of the virtual production track and both Habib Zargarpour (Microsoft Studios) and Franco Bresciani (Crytek) cover the many new revolutionary techniques that were employed. A series of presentations acknowledges the new trends in "Mobile Games," curated by Michel Vust (Pro Helvetia). Whilst Arash Keshmirian (Limbic) walks the audience through mobile game development for popular games such as Zombie Gunship and TowerMadness 2, David Fullick (Monster and Monster) shares the successes and failures of his independent game company. Yann Seznec (Lucky Frame) talks about mobile games and how his personal approach covers an unusually wide breadth set of topics including musical mushrooms, interactive art and arcade games. Besides, Ladislav Hrabcak (Outerra) demonstrates the Outerra realtime world rendering engine which is capable of rendering complete planets.

Transmedia Experiences I: Visual Communication and Innovative Practices
In his dedicated track, Don Levy (Smith Brook Farm) explores "Visual Communication" as the universal language for entertainment, learning and understanding in the field of computer graphics. Three sessions look very closely at the idea of visualization of story worlds from the book to the interactive medium (How We See), at the story itself and the quality of storytelling (What We See) and the translation of scientific data into visual imagery (A New Way of Seeing). Moreover, two Transmedia tracks address the opportunities of immersion for both the narrative and the audience. At first, "Innovative Practices" become the central point of interest, when Jan Pinkava (Google ATAP) spotlights the smartphone as an interactive image computer and storytelling device, Pascal Langdale (Digital BlackBox) analyzes realtime animated interactive narratives on stage, Eric Viennot (Lexis Numérique) describes his experience in writing, designing and directing alternate reality games in which the audience is getting immersed for several weeks into a realtime live story and Max Zeitler tells FMX attendees what it's like to be "Waking up from the Immersive Dream."

Transmedia Experiences II: Immersive worlds from the Oculus rift to hybrid cinema
"Immersion" looks at the possibilities and facets of immersive experience with regard to cinema and other digital entertainment sectors. Alex Grau (Total Cinema 360) analyzes the benefits and challenges of producing live-action 360° movies for virtual reality headsets like the Oculus rift. Oculus VR, the company behind the headset, was bought by Facebook for two billion dollars a few weeks ago. Moreover, Toni Dove, who has produced and embodied hybrids of film since the early 90s, introduces her vocabulary for interactive cinema, and finally Ken Perlin (NYU) contributes a vital theoretical perspective by posing the question: will reality itself become an experience of interactive cinema?

Focus on Europe, Best of SIGGRAPH Asia: Rush, Thor and more
This year's focus on "Ibero-Amercia" is complemented by its European counterpart. For one, there's Nathan Oritz (Double Negative) who describes how the world of Formula 1 was created for Ron Howard's much lauded biopic Rush. His colleague Alex Wuttke contrasts this world of cars, crashes, and crowds when he illustrates the genesis of the universe for Thor: The Dark World from concept to execution. Animation rounds off the "Focus on Europe." Pierre-Marie Fenech and Thomas Monti (Futurikon) fill in the audience on the development of the French hit Miniscule: Valley of the Lost Ants for film and television and Andrea Block and Christian Haas (both LUXX Studios) present an international view from Germany: they elaborate on the character design and preproduction of Manou the Swift, a 3D-animated feature for the whole family. Meanwhile, the "Focus on Best of SIGGRAPH Asia" showcases last year's winners in the "Best of Show," "Jury" and "Student" category.

Tech Talks: Tarzan 3D, Simulation and further Lighting & Rendering confirmations
Tech Talks deliver insights into an enormous variety of different new developments. Clemens Kinder (Ambient Entertainment) sheds light on the shooting technique used in Tarzan 3D, an international animated feature in CGI with motion capture. Moreover, NVIDIA's Simon Green talks about the future of visual effects in games with a specific focus on GPUs that are enabling techniques such as fluid simulation and volume rendering. His talk is accompanied by Prof. Dr. Matthias Teschner (University of Freiburg) who delves into the state-of-the-art of particle-based fluid simulation and Prof. Dr. Daniel Weiskopf's (University of Stuttgart) presentation on simulation methods for physically based cloth animation. The Lighting & Rendering line-up of talks (cf. press release #2) is enriched by Prof. Dr. Carsten Dachsbacher and Dr. Johannes Hanika (Karlsruhe Institute of Technology) and their observations on future lighting challenges and their relation to growing audience expectations as well as Jan Walter's (The Mill) presentation, which invites the audience to compare and discuss Global Illumination (GI) Renderers.

Forum Highlights round off the Conference program
Diversity defines the Forum, thus complementing the broad thematic scope of FMX. The Marketplace further expands its focus this year, enriching it with R&D projects and emerging technologies. The robotic company Bot & Dolly, whose programmable robots to carry and move cameras and lights have been used in the creation of Gravity, have confirmed their participation alongside companies such as Altergaze that provides a completely 3D-printed virtual reality interface for smartphones. In addition to its Marketplace booth, motion capture company Vicon offers a dedicated Workshop on performance capture. Further Workshops are offered by industry heavyweights such as Adobe, Chaos Group, MAXON, up-and-coming companies of the like of Solid Angle or start-ups such as Cinector. The impact of globalization becomes visible at the Recruiting Hub: 23 studios are coming to Stuttgart to look for creative talent, balancing local and international heavyweights as well as including first-time exhibitors such as Sky Deutschland, Illumination Mac Guff and Image Engine. The School Campus continues to underline this trend of internationalization with 21 schools from all over the world that introduce their best projects. Here, even non-FMX attendees are able to visit the School Campus on April 24 and April 25 free of charge. The "Meet the Speakers" sessions are at the heart of the School Campus: they offer speakers and attendees the chance to engage in free-flowing, informal communication.