One month before FMX transforms into the watering hole for the Art, Technology and Business communities, Europe's most influential conference on digital entertainment announces enriching additions to its impressive lineup of speakers and media productions. 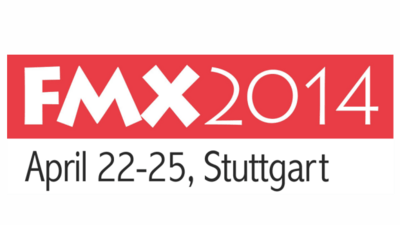 Ludwigsburg, Germany -- One month before FMX transforms into the watering hole for the Art, Technology and Business communities, Europe's most influential conference on digital entertainment announces enriching additions to its impressive lineup of speakers and media productions. Visual effects are particularly strong this year: altogether four presentations on seven-time Oscar-winner Gravity are complemented by insights into The Amazing Spider-Man 2: Rise of Electro. Other highlights include the Oscar-winning animation feature Frozen, animation successes such as The LEGO Movie and Rio 2, a dedicated "Focus on Ibero-America" or the popular "Games for Change Europe" track with top speakers such as the Chief Game Designer at Google, Noah Falstein. Further series of talks embark on animated movement in theory and practice and on "Interaction in the Real World" -- a set of Transmedia presentations on Disney theme parks and other immersive experiences.

FMX attaches great value to the latest advancements in film-making with four presentations on Alfonso Cuarón's Oscar-winning 3D space odyssey Gravity that won a total of seven awards, among them the Academy Awards for "Best Director" and "Best Visual Effects." The British visual effects company Framestore, which took home the VFX trophy on Oscar night, provides illuminating details on its work. Prime Focus World were responsible for the stereo conversion of all of the live action scenes in Gravity: Senior Vice President Matthew Bristowe and Senior Stereo Supervisor Richard Baker talk about why the filmmakers chose to convert, PFW's collaboration with Framestore, and their thoughts on the legacy of a film that has pushed the boundaries of stereo 3D filmmaking. Cuarón's vision of weightlessness was furthermore realized with the help of design and engineering studio Bot & Dolly and their programmable robots to carry and move cameras and lights. Tobias Kinnebrew, Head of Product Strategy at Bot & Dolly, talks about the company's contributions to Gravity from previz to live action. In addition, Paul Debevec, who leads the graphics laboratory at the University of Southern California's Institute for Creative Technologies, explains the laboratory's role in tackling the virtual production challenge of matching the lighting of real faces to that of virtual environments.

The Amazing Spider-Man 2: Rise of Electro and VFX heavy commercials

The Art of Animation: Frozen, The LEGO Movie, Rio 2

Animation has come a long way: it has evolved into a multifaceted medium with diverse target groups. A series of talks cherishes "The Art of Animation" at this year's FMX and invites experienced professionals to illuminate the craft and innovation that define animation. Mike Giaimo, Art Director at Walt Disney Animation Studios, sets out on a behind-the-scenes journey of the artistic choices and visual challenges of bringing the award-winning Frozen to life. Frozen is accompanied by Animal Logic's detailed presentation on the highly successful The LEGO Movie. In addition, Chip Loterzo, Senior Animator at Blue Sky Studios, brings inspiring insights to the table: Loterzo analyzes the challenge of finding your own artistic expression as he reveals how you can find your rhythm in animation.

Games for Change Europe: the power of transformational game design

This year's FMX track "Games for Change Europe" focuses on aesthetic aspects of transformational game design, introducing leading industry professionals and researchers like Noah Falstein (Chief Game Designer at Google) and Ken Perlin (Director of the Games for Learning Institute NYC). In several sessions hosted by Katharina Tillmanns (Co-President Games for Change Europe) and Bjoern Bartholdy (Co-Director Cologne Game Lab), presenters and audience discuss the pairing of emotional design with new technologies and social media to create compelling games for humanitarian, ecological and social impact. The track's events further include The Games for Change Challenge presentation in collaboration with Autodesk that provides a glimpse of the innovative projects from the students' competition.

FMX travels around the world to spotlight different regions and their local talent. In 2014, Ibero-America moves into the focus. Curated by Diana Arellano, R&D at the Filmakademie Baden-Wuerttemberg, the "Focus on Ibero-America" brings together Argentina, Chile, Colombia and Mexico. Hernando Bahamon (President of the Bogota ACM SIGGRAPH Chapter and Chair of Bogota ACM SIGGRAPH) expounds on the digital boom in Latin America and reveals how even European projects can benefit from this development. In comparison, Art Director Cristóbal León introduces the vision and creative output of Chile-based stop-motion animation company Diluvio. VFX Supervisor and Founder Charlie Iturriaga, whose contributions were featured in this year's Academy Award-winning film Her (Best Original Screenplay) and the award-winning Netflix show House of Cards, adds a Mexican perspective to the series of presentations: he illustrates different projects his company Ollin VFX is currently working on. Independent Animator Juan Pablo Zaramella shares his original concepts and techniques and explains how it became possible to win more than 250 awards with his animated short Luminaris.

Transmedia: Interaction in the Real World

Gesture, touch, and voice are changing the way we interact with computers and technology. Doug Cooper, Visual Effects Supervisor at DreamWorks Animation, curates the track "Interaction in the Real World" that seeks to balance the viewer's perspective with the interactive experience at hand. Senior Engineer Matt Arnold introduces Second Story Interactive Studios' approach to creating responsive environments at the crossroads of physical space and digital media. Furthermore, Creative Director Marcus Ivarsson reveals how Swedish digital creative agency North Kingdom helps companies create emotional connections between people and brands. Which experience could serve as an example on how to handle interaction in the real world? Brent Strong, Creative Director at Walt Disney Imagineering, showcases the opportunities involved in translating a fictional universe into an immersive experience with his presentation "Live your dreams - interactivity in Disney parks."