Program highlights are announced for FMX 2014, including a series of talks dedicated to ‘Disruptive Education,” feature presentations on Oscar winner Frozen and international film project The Physician, as well as renowned personalities such as Star Wars Concept Designer Christian Gossett and Oscar-winning Animator Chris Landreth. 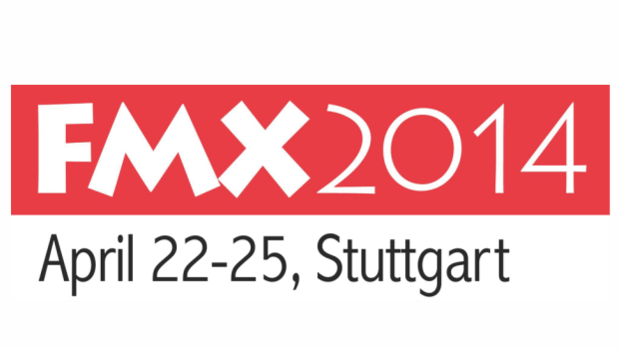 Stuttgart, Germany -- Realtime, Immediate Feedback, Virtual Production and Disruption -- this year's main topics -- affect all communities, thus creating new space for discussions on shared interests, such as education. For this reason, FMX dedicates a series of talks to "Disruptive Education." In addition, the program features presentations on Oscar-nominee Frozen and the international film project The Physician complete with its Producer Nico Hofmann as well as renowned personalities such as Star Wars Concept Designer Christian Gossett and Oscar-winning Animator Chris Landreth. The extensive tableau of FMX highlights is complemented by high-quality contributions in the areas of Lighting & Rendering, Immersion, Animation Wild 'n Strange and Interactive Graphic Novels.

Disruptive Education during times of change

Globalization, outsourcing, re-orientation and specialization: last years' disruption or paradigm shift continues to present the industry with new challenges and opportunities. This applies specifically to the education sector, where the foundations for sustainability and innovation are laid. But how does education address current skill sets? Should students be learning to be generalists or specialists? Marilyn Friedman, animation, visual effects, and digital media arts professional and former Head of Outreach at DreamWorks Animation, curates a track on "Disruptive Education" where these highly important questions move into the spotlight. The track brings together renowned industry and education professionals from across the FMX Conference and Forum for presentations and panels to further knowledge exchange and cooperation between the two intertwined sectors. Other hot topics of debate include online education, the implications of working virtually or remotely, professional cross-over between education and industry, and the engagement with R&D.

Independent animation takes center stage at FMX with the recurring and popular "Wild 'n Strange" track. Curator Andreas Hykade (Filmakademie Baden-Wuerttemberg) presents animated films that have their origins beyond the popular blockbuster industry. Chris Landreth, who won an Academy Award in the category "Best Animated Short" for his animated documentary Ryan in 2004, sheds light on his personal journey as an independent filmmaker. The Animator Regina Pessoa complements his insights with her very own perspective and demonstrates that even dark subject matters can be tackled with an elegant and unique animation style. In addition, Mait Laas presents the world's very first stop motion puppet opera Lisa Limone and Maroc Orange, A Rapid Love Story. The first Estonian full-length 3D film revolves around a love story set against the backdrop of illegal immigration. Moreover, Animator and Game Designer Lea Schoenfelder invites the audience to question its perception of femininity and gender roles with her Kinect game Perfect Woman.

VFX Made in Germany: The Physician

German top producer Nico Hofmann brings the bestseller adaptation The Physician to FMX. Hofmann, who produced the European film project starring an international cast including Ben Kingsley and Stellan Skarsgård in cooperation with Wolf Bauer, gets ready to answer questions in a dedicated Q&A session with an emphasis on the production of international film projects in Germany. The production perspective is rounded off with a VFX focus: Sven Martin, VFX Supervisor at PIXOMONDO, demonstrates the pipelines that were deployed in Phillip Stoelzl's historic epic. PIXOMONDO created the 11th century Persian city of Isfahan in full CG with crowd simulation for the battle scenes in The Physician. The internationally based VFX studio received an Academy Award for its contributions to Hugo in 2012 and is, once again, among the aspiring award contenders this year with Star Trek: Into Darkness.

The hybrid board game marbleverse

FMX makes room for both renowned game companies and new talent in interactive gaming. The contributions to the Cinematics track on Beyond: Two Souls and Killzone: Shadow Fall (cf. press release 1) are further complemented by a completely different gaming experience as part of a series of talks on immersion and interfaces. Jens Merkl, Roland Sigmond and Torsten Arnold, founders of HELDEN Hybrid Games, introduce their game marbleverse. The hybrid board game marbleverse enhances the analogue children's game with augmented reality and audiovisual elements in the form of an app.

Interactive Graphic Novels combine an innovative form of illustration with a captivating narrative to create an immersive experience for users to explore. The curator team "Studio Werkbericht" showcases four different approaches. Writer and Artist Christian Gossett, who made his name with Star Wars artwork for Lucasfilm Ltd., leads the way with his presentation on The Red Star. Gossett created the highly successful sci-fi comic book series that was first launched as a PS2/PS3 action video game and is currently being developed for the big screen. But how do you translate haptic feel into virtual experience? Christian Moreillon, Creative Lead at Brozermo/MoComics, uses the example of his own company to analyze how an immersive comics experience balances artistic finery with user control. The adaptation of graphic novels for the web remains in focus, when Remco Vlaanderen zooms in on the creation of Submarine Channel's The Art of Pho based on Julian Hanshaw's graphic novel. Saskia Kress, Producer at Filmtank GmbH, goes even further in pushing genre boundaries: her presentation features the cross media project netwars, a fact-based TV and interactive web documentary, TV series and graphic novel app that puts its finger on the timely topic of cyber-warfare.