The Japanese and UK studios partner on CG animated show, with characters based on woodcut dolls, about a young mischievous woodland gnome who, with the help of her friends, overcomes life’s unexpected challenges. 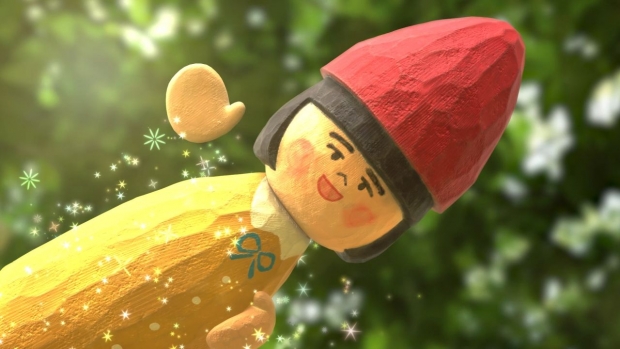 Japanese studio Flying Ship Studio has teamed up with UK-based studio Cloth Cat Animation in a joint production of its first original preschool series Chiruta. The CG animated series, with characters based on woodcut dolls, targets preschool kids age 2-4, and is set in a mossy, ethereal village deep in a forest that remains invisible to the human eye.

Chiruta is a young, mischievous woodland gnome who goes about her peaceful, idyllic life with her family and friends, helping to protect her forest home. Of course, life does not always go as planned. When a challenge arises, together with her lovely companions, Chiruta finds ways to overcome it. Through these experiences, she learns and grows each day.

Flying Ship Studio will be promoting Chiruta at Kidscreen Summit Virtual 2021. The company will participate as part of the Japan Delegation, organized by VIPO (Visual Industry Promotion Organization), with support from METI, Ministry of Economy, Trade, and Industry.

The studio first exhibited Chiruta at the Tokyo Animation Pitch Grand Prix held in February 2019 and was chosen as a top prize winner. With the support of the Tokyo Metropolitan Government, Flying Ship Studio participated in one of the world's largest animation fairs, MIFA (Marché international du film d'animation) which was co-sponsored at the 2019 Annecy International Animation Film Festival in France. Cloth Cat Animation was introduced to Flying Ship Studio at Annecy and the companies begin the joint production soon after.

“The idea for Chiruta started when I fell in love with my friend Yuichiro Matsunaga’s sculptured doll, and I knew I wanted to make an animation with these characters,” shared Flying Ship Studio’s director Masa Numaguchi.

“I’m really looking forward collaborating with Masa and Flying Ship to bring Chiruta to life as an animation series,” added Cloth Cat Animation managing director Jon Rennie. “Not only do the characters have a wonderful joy and energy, but they also represent a unique culture from Japan that mirrors the Celtic mythology of Wales. There are lots of folk tales about protectors of the forest, and Chiruta is an original spin on that magic and mystery.”