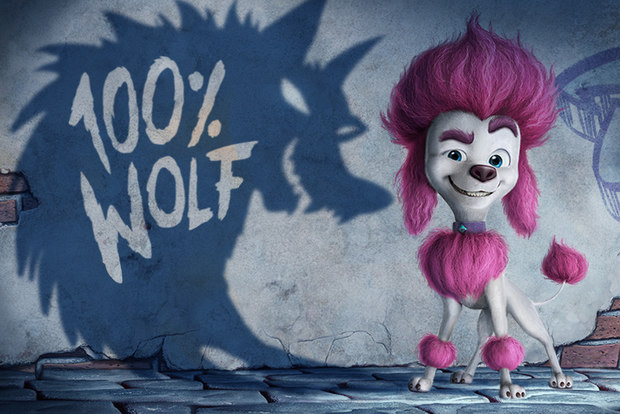 MUNICH -- Australian animation studio Flying Bark Productions, part of the Studio 100 Group, has started production on the brand-new CGI TV series 100% Wolf. The series will follow the theatrical release of an animated feature of the same name which is currently in production and set for delivery in October 2019. A worldwide release is planned for end of 2019 - beginning of 2020. Completion of the series is scheduled for end of 2019.

Lovers of surreal, laugh-out-loud animation should enjoy this comedy series about Freddy Lupin, an 11-year-old boy set to turn into a werewolf, just like everyone else in his family. But things don’t go as planned when Freddy turns into an adorable poodle instead.

Earlier this year in January, Screen Australia announced their production investment in the film, in association with Screenwest and Create NSW – the same group has provided principal production investment in the series as well. The movie will be directed by Alexs Stadermann and has been adapted for the big screen by longtime collaborator Fin Edquist, with Barbara Stephen and Alexia Gates-Foale producing.

Flying Bark Productions is adapting the property from the popular Australian children’s novel “100% Wolf” by Jayne Lyons. Commissioning broadcasters are ABC (Australia), who will be airing the show on its ABC ME channel, and SUPER RTL (Germany). All global distribution rights for the (26 x 22‘) episodes will be handled by German content house Studio 100 Media | m4e.

Theatrical distribution of the movie for German-speaking territories will be done by Constantin Film. Studio 100 Media | m4e will handle all international rights and start worldwide sales activities for the series in early 2019. The movie is distributed internationally through Studio 100 Film.