New preschool property opens the world of natural science and exploration to all kids, with naturally inquisitive powerhouse Flora at the helm. 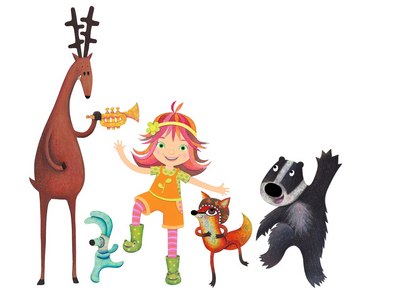 Flora of the Forest, a new 2D-animated preschool property from Koko Rose Media and King Rollo Films, is opening its treehouse to budding scientists everywhere at MIPCOM 2016.

Flora is a seven-year old budding scientist and adventurer who lives with mom in a treehouse in the forest. (think Bindi Irwin meets Indiana Jones!) The forest is also home to Rowan Fox, Barley- Crumb Badger and Lockhart Deer…and, of course, wannabe-animal cousin Toby.

Mom is a delightfully optimistic and playful academic. Her work at the natural history museum (which carries on in her magnificent treehouse lab) inspires Flora’s enthusiastic and never- ending curiosity every single day. She loves nothing more than to share her mom-inspired artefacts of life with her friends in the forest, where their collective imagination turns every discovery into an amazing adventure.