The Film London initiative supports animators early in their careers with mentoring and development support, including £2,500 seed money to fund their work. 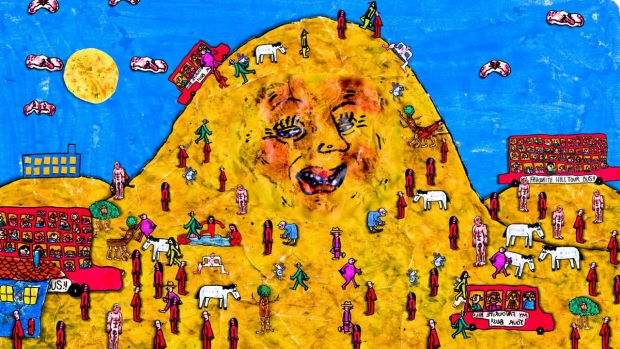 Film London has announced the selection of six artist-filmmakers to participate in the fifth edition of the FLAMIN Fellowship, which offers mentoring and funding, access to audiences, curators, and art advisors by supporting innovative projects from filmmakers at the early stage of their careers. The program’s £15,000 in funding provides £2,500 in seed money to each artist for the development of their work.

Projects supported through this round of The Fellowship explore a variety of topical themes and viewpoints, including delving into the liberation and confinement that technologies can have on society and individuals, the notion and construct of Blackness through time and space, and investigating queer histories through the creation of game-like environments and characters. Other projects will explore how folklore traditions and ancient rituals speak to the tensions of our contemporary world, such as post-industrialism and migration, and the portrayal of memory loss through physical decay.

Selected from over 160 applications and assessed by a board comprising of producers, artists, and Film London Artists’ Moving Image Network, the selected artists are:

Learn more about the artists here.

Established in 2017 by Film London Artists’ Moving Image Network (FLAMIN) and supported by Arts Council England and established with support from The Fenton Arts Trust, the Fellowship builds on FLAMIN’s successful work at the core of the UK’s moving image ecology. With a focus on early-career practitioners, The Fellowship complements FLAMIN’s wide-ranging program supporting early, mid and later-career artists through FLAMIN Animations, FLAMIN Productions, the Film London Jarman Award, and a range of significant development opportunities.

“Now in its fifth edition, The FLAMIN Fellowship is widely known for spotlighting new and exciting artists’ moving image talent with bold visions and diverse perspectives - attracting hundreds of applications,” said Adrian Wootton OBE, Chief Executive of Film London, and the British Film Commission. “With our previous Fellows continuing to grow in recognition, it is vital that we support and nurture artistic exploration and discourse, providing opportunities to not only develop creative practice but to engage in critical professional and peer support. I am thrilled to welcome this group of six very talented practitioners to be our next cohort and look forward to seeing the work they produce. I would like to extend my thanks to Arts Council England for their invaluable support of The Fellowship.”