Sponsored by Film London and Arts Council England, the program aims to support black-identifying animators living in the UK; selected artists will receive £2,500 each along with mentoring opportunities, development support, and advice, to create 1–3-minute animations that will premiere on the Film London website in Winter 2021. 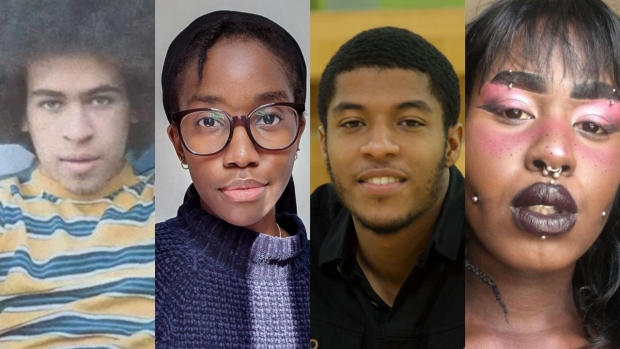 Four artist animators have been selected as part of Film London and Arts Council England’s FLAMIN Animations, a new program of commissions for early-career black-identifying artist animators living in the UK. Selected artists receive £2,500 to create a new animation, together with mentoring opportunities, development support, and advice.

Part of FLAMIN (Film London Artists’ Moving Image Network), and Film London’s increased commitment to diversity, equality and inclusion, the program was launched to address and acknowledge the underrepresentation of black-identifying artists within the art, film, and animation industries.

The selected artists follow both non-traditional and traditional animation routes to making work, using and combining techniques ranging across photography, hand-drawn, collage and digital to explore identity and heritage, social structure and lived experience. Past works have included the creation of dream-like realities, fusing animation with experimental music, reflecting upon historical events, and simply capturing the everyday world around us.

The four artist animators selected for FLAMIN Animations are:

Learn more about the artists here.

The four new animation commissions will premiere on the Film London website in Winter 2021; the artist animators will also receive support in gaining further exposure for their work.

“We’re delighted to announce the four artist animators selected for the first-ever FLAMIN Animations program,” remarked Adrian Wootton, OBE, Chief Executive of Film London and the British Film Commission. “Toby, Mothy, Ezra and Zainab brilliantly explore crucial issues through bold and innovative work, and we look forward to showcasing the content they create later this year. This program is a considered acknowledgement of the underrepresentation of black-identifying artists within the art, film, and animation industries and we hope that it creates a network of next-generation artists - not only for those commissioned, but for all who applied - spotlighting the incredible skills the country has to offer within the ever-growing animation sector.”