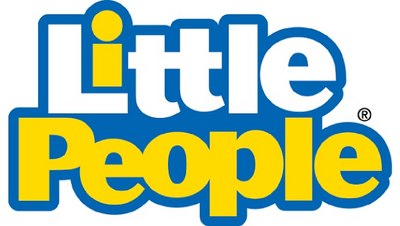 London, New York and East Aurora -- Preschool entertainment comapny and Fisher-Price affiliate HIT Entertainment has announced that a brand new CG-animated Little People series  has entered pre-production. Based on the iconic Fisher-Price Little People brand, beloved by children globally for over 55 years, the new series is being produced out of HIT’s UK content hub. The new series emphasizes the power of discovery to inspire imagination, creativity and thinking skills, and is planned for release in late 2015.

The production is the first collaboration between HIT and Fisher-Price to develop a Fisher-Price franchise since HIT was acquired by Mattel in 2012.

“Children have grown up with and loved the Little People brand for generations,” said Geoff Walker, EVP, Fisher-Price Global Brands Team and HIT Entertainment. “Today’s preschoolers connect to brands through powerful and engaging storytelling. Green lighting the first production of Little People series means we will bring the brand to life for this new generation. We’re committed to growing the Little People brand into a true entertainment franchise by leveraging the development and production expertise of HIT Entertainment.”

Michael Carrington, VP Global Content & Executive Producer at HIT Entertainment said: “The Little People brand has been close to the hearts of girls and boys, aged 1-5, around the globe for over five decades, and we look forward to bringing these characters to life and to the screens of viewers globally.  Keeping true to the Little People brand essence, the content will be fun and engaging; inspiring children to build connections with the world around them to stimulate their imaginations.”

The Little People brand has been creating iconic connections, inspiring imaginations, and encouraging long-lasting fun for more than five decades.  The toys encourage open-ended imaginative play with environments built around familiar people and favorite places for preschoolers like the zoo, farm, and town. Available in more than 60 countries, the Little People brand has also been the #1 property in Preschool Playsets in the U.S. for the last two years according to NPD Data. For more information, please visit www.littlepeople.com.