First They Came For Our Cameras

The Motion Picture Academy garners backlash for relegating four craft awards to commercial breaks during the live telecast for the upcoming 91st Oscars. 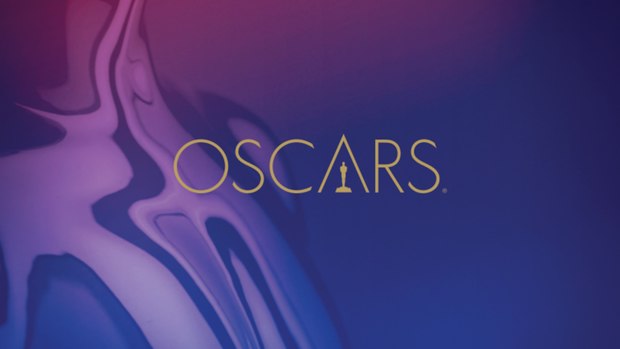 Hollywood is reeling with the news that the Motion Picture Academy plans to bestow four of its awards during commercial breaks during the 91st Oscars, which will be held on Sunday, February 24 at the Dolby Theatre at Hollywood & Highland Center in Hollywood, and will be televised live on the ABC Television Network.

Four groups of winners -- for Cinematography, Film Editing, Live-Action Short, and Makeup and Hairstyling -- will be given their awards during commercial breaks, and will later be edited into the ABC broadcast, Academy president John Bailey confirmed in a letter to members on Monday. The winning speeches will be edited to just their remarks, cutting out the walk to the stage, and each speech will be aired separately later in the telecast.

The 91st Oscars will also be streamed, live and commercial-free, on Oscars.org, so if you want to watch all the honorees receive their awards, that’s the way to go. The future is here, people, and it doesn’t include television.

While none of this is new, per se -- the Academy first announced plans to trim its annual telecast to three hours in August of last year -- yesterday’s news still sent shockwaves through the industry. The truth is that there’s no good answer, or plan, on how to cut down the length of the evening without cutting something very near and dear to Hollywood stakeholders.

The announcement follows weeks of speculations and rumors about the event, beginning with actor Kevin Hart’s ouster as host of the ceremony early in January through last week’s kerfuffle over which nominees for Original Song would be allowed to perform during the telecast. And that doesn’t include the Academy’s short-lived decision, made last summer and then abruptly rescinded amid severe backlash, to create a new Popular Film category. Or the fact that the Academy’s annual Scientific & Technical Awards have quietly been shifted to June, well outside of the spotlight of Awards Season. Oh, Oscar, what can we do with you?

Bailey, who is a cinematographer, preemptively led the way, volunteering his own branch -- of which he has been a governor for 15 years prior to his election as Academy president -- to be cut from the live broadcast: “The executive committees of six branches generously opted-in to have their awards presented in this slightly edited timeframe for this year’s show, and we selected four,” he wrote. “In future years, four to six different categories may be selected for rotation, in collaboration with the show producers. (This year’s categories will be exempted in 2020.)”

The decision prompted swift and severe backlash on social media, where filmmakers such as Guillermo del Toro and Alfonso Cuarón decried the move:

The American Society of Cinematographers also protested the move in a letter to its membership from ASC president Kees Van Oostrum, who called the decision “most unfortunate,” adding, “We cannot quietly condone this decision without protest.”

Bailey’s full letter to Academy members is shown below:

After months of anticipation and much talk, I’d like to address a topic that’s close to me.

Viewing patterns for the Academy Awards are changing quickly in our current multi-media world, and our show must also evolve to successfully continue promoting motion pictures to a worldwide audience. This has been our core mission since we were established 91 years ago—and it is the same today.

As you may remember, last summer the Academy’s Board of Governors committed to airing a three-hour show. I want to reiterate however, that all 24 Academy Award-winning presentations will be included in the broadcast. We believe we have come up with a great way to do this, and keep the show to three hours.

While still honoring the achievements of all 24 awards on the Oscars, four categories—Cinematography, Film Editing, Live Action Short, and Makeup and Hairstyling – will be presented during commercial breaks, with their winning speeches aired later in the broadcast.

And, with the help of our partners at ABC, we also will stream these four award presentations online for our global fans to enjoy, live, along with our audience. Fans will be able to watch on Oscar.com and on the Academy’s social channels. The live stream is a first for our show, and will help further awareness and promotion of these award categories.

The executive committees of six branches generously opted-in to have their awards presented in this slightly edited timeframe for this year’s show, and we selected four. In future years, four to six different categories may be selected for rotation, in collaboration with the show producers. (This year’s categories will be exempted in 2020.)

The Academy Awards honors the year’s best films and filmmakers. It is an international show, filled with great emotion, and (we hope) stirring acceptance speeches. This year, in addition to performances of all five nominated songs, the show will feature Gustavo Dudamel and the Los Angeles Philharmonic playing during In Memoriam, as part of their own centennial celebration.