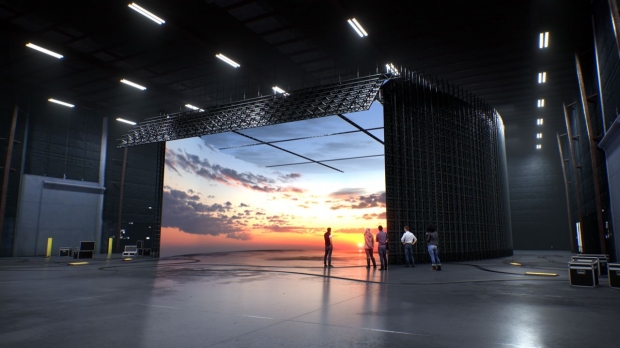 After acquiring LuxMC, Halon Entertainment and the Prysm Stages brand, NEP Group announced the formation of NEP Virtual Studios, accelerating its strategic vision for virtual production. The new entity has plans to build a global network of permanent stages designed and operated by LuxMC, a specialist in virtual production. The first Prysm Stage is coming to the Creative Technologies District at Trilith Studios, one of the largest purpose-built movie studios in North America and home to projects including Black Adam and Loki. Trilith Studios recently expanded to 24 premium sound stages including five sound stages purpose-built as a permanent home for the latest technologies in filmmaking.

“Ensuring the success of a virtual production shoot relies on having a rock-solid stage setup and an experienced production team in place,” explained Marvel Studios VP of physical production, Mitch Bell. “The Prysm Stage at Trilith is just another example of how we rely on Trilith Studios to bring best-of-class solutions to our productions.”

Built for virtual production, the Prysm Stage is, according to Trilith Studios, one of the largest virtual production facilities in the world. It features a fully enclosed 80’ x 90’ x 26’ virtual production volume in an 18,000 square foot purpose-built sound stage. This footprint is built to accommodate large set pieces wrapped 360 degrees with LED panels, including an LED ceiling, equipped for the deployment of game-engine-driven video playback, and designed to immerse filmmakers in large-scale, real-time digital environments; the facility will also include a process stage designed for automotive shoots opening in Q1 of 2022.