The first poster is released for the forthcoming animated feature from Paramount, ‘The SpongeBob Movie: Sponge Out of Water 3D.’ 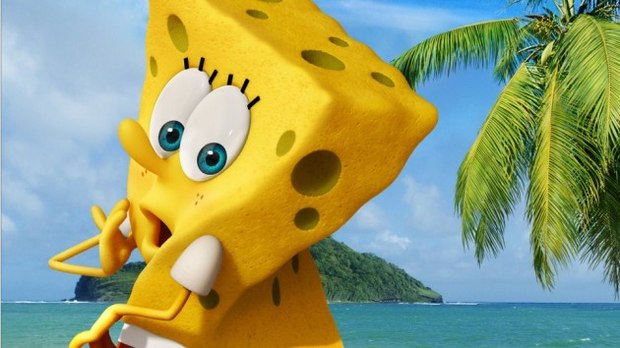 The first poster has been released for the forthcoming animated feature The SpongeBob Movie: Sponge Out of Water 3D, according to a report by Yahoo Movies UK.

Due in cinemas February 2015, the movie is the follow-up to 2004 big-screen outing, The SpongeBob SquarePants Movie. The poster features a 3D SpongeBob standing on the beach with a crab pulling his pants down.

The SpongeBob Movie: Sponge Out of Water is directed by Paul Tibbit (writer and producer of the SpongeBob SquarePants animated series) and written by Kung Fu Panda 2 writers Jonathan Aibel and Glenn Berger.

No plot details are yet available, but A Sponge Out of Water sees the TV cast reunited -- Bill Fagerbakke as Patrick, Rodger Bumpass as Squidward, Clancy Brown as Mr. Krabs, Carolyn Lawrence as Sandy, and Mr. Lawrence as Sheldon Plankton along with Tom Kenny as SpongeBob himself. They will be joined by a live-action performance from Antonio Banderas, reportedly playing a pirate. Paramount Pictures will release the sequel in 3D in theaters everywhere next year on February 6th, 2015.