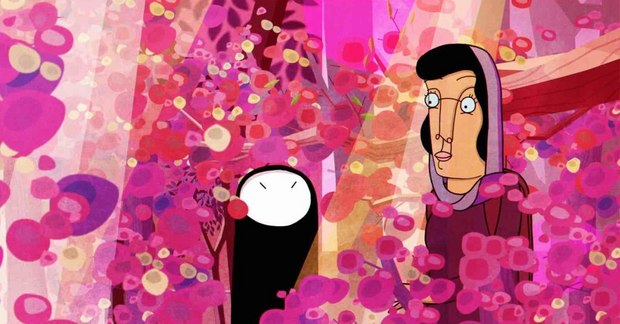 Co-produced by the National Film Board of Canada alongside Fleming’s Stick Girl Productions and producer and voice talent Sandra Oh, Window Horses centers on Rosie Ming, a young Canadian poet living with her overbearing Chinese grandparents who gets invited to perform at a poetry festival in Iran. Rosie travels to Iran where she finds herself in the company of poets and Persians who tell her stories that make her confront her past: The Iranian father she assumed abandoned her, and the nature of poetry itself.

First Pond has set an Oscar-qualifying run for Window Horses at the Laemmle Music Hall in Los Angeles on September 29th, to be followed by a limited release.

It is a film filled with poetry and stories. While the narrative of the film is presented in one particular style, the poems and histories are created by different artists, to both accentuate and blend the myriad differences in cultures, philosophies, time frames and poetry. More than a dozen animators, including Kevin Langdale, Janet Perlman, Bahram Javaheri and Jody Kramer, worked on the film with Fleming.