Rainmaker Entertainment to serve as animation facility for the fourth installment in the titled series directed by David Feiss, head of story on the original ‘Open Season’ movie. 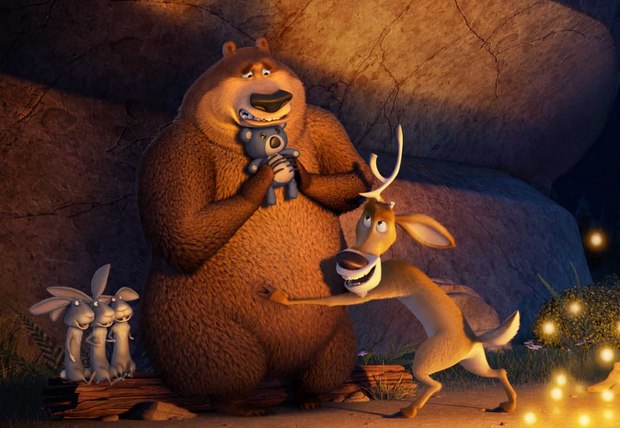 Culver City, CA -- Continuing one of its most successful franchises, Sony Pictures Animation today announced the upcoming release of Open Season: Scared Silly, the fourth installment in the titled series.

This latest production brings back Elliot, Boog and all of the beloved woodland creatures in a brand new comedy adventure, with David Feiss (head of story on the original Open Season and creator of the popular TV series Cow and Chicken) directing and John Bush (The Simpsons, Family Guy) producing.

Open Season: Scared Silly opens with Elliot telling a campfire story about the legend of the Wailing Wampus Werewolf that lives in Timberline National Forest. Domesticated Boog is terrified by the story and decides to “chicken out” of their annual summer camping trip until he knows the werewolf is gone. Determined to help Boog overcome his fears, Elliot and their woodland friends band together to scare the fear out of Boog and uncover the mystery of the Wailing Wampus Werewolf.

“My affection for these characters has only grown since we introduced them in Sony Pictures Animation’s first feature,” Feiss says. “We’re having a lot of fun bringing them back for a new adventure -- it feels like a big party with old friends.”

Most recently, Feiss -- whose prolific career began as a story artist for Hanna-Barbera -- directed four mini-movies for the home entertainment release of Sony Pictures Animation’s Cloudy With A Chance Of Meatballs 2, entitled Steve’s First Bath, Super Manny, Attack Of The 50ft Gummy Bear and Earl Scouts.

Open Season: Scared Silly is slated for a Spring 2016 release from Sony Pictures Home Entertainment, with Canadian computer animation and design company Rainmaker Entertainment, Inc. serving as the animation facility for the production.