FIRST LOOK: Go Behind the Scenes of Zack Snyder’s ‘Army of the Dead’

The illustrious DCEU director returns to the zombie genre in a high-octane heist film that follows a group of mercenaries battling the zombie horde to score the ultimate payoff. 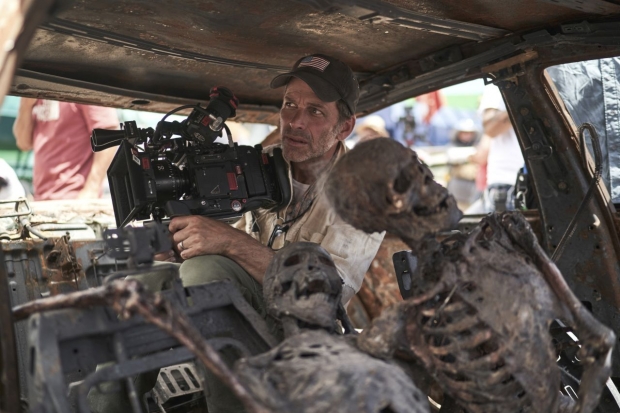 Zack Snyder is at it again with a new Squad, but this time they’re less “Suicide” and more “take the money and run.” That’s right, we’re talking about Army of the Dead, Snyder’s return to the zombie genre, and we’ve got some “first look” pics.

For those scratching their heads, Netflix officially describes the film as, “Following a zombie outbreak in Las Vegas, a group of mercenaries take the ultimate gamble, venturing into the quarantine zone to pull off the greatest heist ever attempted.” While we don’t have much faith that the dollar will continue to hold value after the apocalypse, this Army certainly does. The plot seems wild and high octane: the perfect summer blockbuster (if COVID-19 doesn’t zombify us first and turn this action flick into a documentary). Army is projected to be so successful, in fact, that a prequel and anime series are already in development.

Are you ready to fight the undead horde and score some insane loot? Catch Army of the Dead this coming Summer.