FIRST LOOK: DreamWorks Animation and Netflix Unveil ‘She-Ra and the Princesses of Power’ 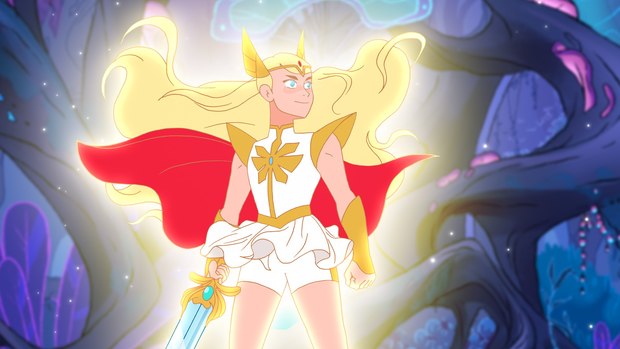 DreamWorks Animation Television and Netflix have unveiled a first look of the highly-anticipated Netflix original series She-Ra and the Princess of Power, as well as the fall premiere date of November 16.

The images reveal several main characters from the upcoming series, including Adora and the titular She-Ra voiced by Aimee Carrero (Elena of Avalor), Glimmer voiced by Karen Fukuhara (Suicide Squad), Bow voiced by Marcus Scribner (black-ish), and Catra voiced by AJ Michalka (The Goldbergs). Another image reveals Bright Moon Castle, the capital of Etheria and home-base to the Rebellion.

She-Ra and the Princesses of Power is the story of an orphan named Adora (Carrero), who leaves behind her former life in the evil Horde when she discovers a magic sword that transforms her into the mythical warrior princess She-Ra. Along the way, she finds a new family in the Rebellion as she unites a group of magical princesses in the ultimate fight against evil.