First Look: ‘Cloudy with a Chance of Meatballs’ Series Set for March 6 Premiere

New Cartoon Network series based on the critically-acclaimed blockbuster film franchise from Sony Pictures Animation is produced by DHX Media and SPA in association with Corus Entertainment. 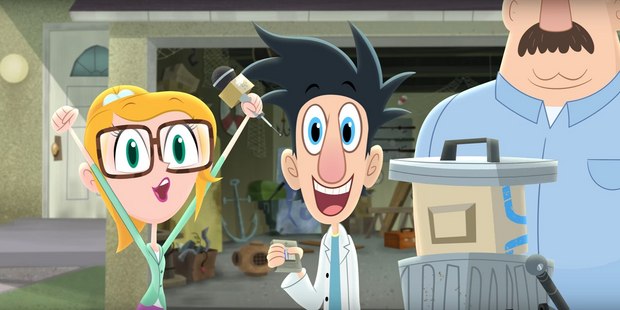 The Cloudy with a Chance of Meatballs series takes place before giant food rains down on Swallow Falls. Sardines are still the driving force behind the town's booming economy. Favorite character Flint Lockwood returns as a teenager trying to change the world one invention at a time. Lucky for him, his best friend and aspiring meteorologist Sam Sparks is there to lend a hand. All of the great characters from the film return including Flint's dad, Tim; Flint's lab assistant, Steve the monkey; Earl, the school's busiest teacher; Manny, the head of the school's audiovisual department; Brent, the local teenage celebrity and captain of the mascot team; and Mayor Shelbourne, who wins every election with a pro-sardine platform, and more.

A sneak peek of Cloudy with a Chance of Meatballs will also premiere Monday, Feb. 20 at 6:30 p.m. ET/PT on Cartoon Network and audiences can see it first on the Cartoon Network app. Get your first look in the player below: