Sold-out inaugural 2019 BRIC Talent and Innovation Summit gathers a diverse array of creative professionals and leaders in entertainment and technology to reinvent how the industry recruits, supports and nurtures talent. 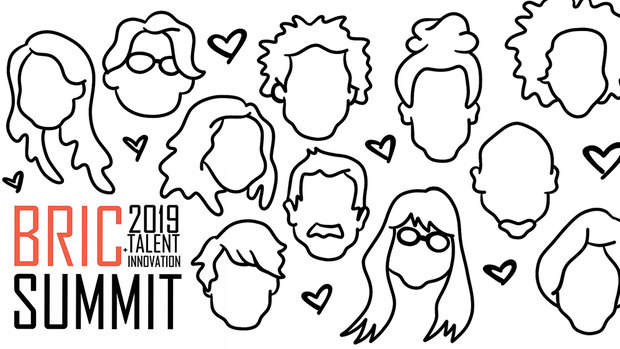 LOS ANGELES -- Attendees of this past weekend’s sold-out inaugural 2019 BRIC Talent and Innovation Summit were treated to and event that was part master-class, part immersive think tank, thanks to the efforts of the BRIC Foundation.

Helmed by Alison Mann, VP of talent for Illumination; Jill Gilbert, head of creative affairs for Luma Pictures; and producer Nicole Hendrix, the BRIC Foundation is a new organization devoted to solving how we support and nurture up-and-coming women and underrepresented groups who have an interest in being creative leaders in the entertainment, media and tech industries. The all-day interactive summit brought together a diverse array of creative professionals from across a wide spectrum of disciplines and backgrounds, pairing them with some of the most powerful leaders within the entertainment and tech industries, including Sony Animation, Abrams Artists Agency and Jet Propulsion Laboratory, as well as from leading academic institutions and organizations, including CalArts, USC and NewFilmmakers LA.

Following a delicious breakfast hosted by Illumination, the summit kicked off with an impassioned introduction by the organizers of the day’s events.

“Together we will reinvent the landscape of how we recruit, support and nurture talent,” said Mann. “Together we will impact our businesses to make sure they are held accountable for their intentions around representation. Together we will change how women and underrepresented groups are elevated to be as successful as their counterparts. Today is about moving the discussion forward; focusing only on the present and future. The themes of our summit are inclusivity, empowerment, and the creation of new access points.” Opening keynote speaker Dr. Stacy L. Smith, founder and director of USC Annenberg Inclusion Initiative, took the stage, introducing a number of alarming statistics about the chilling lack of representation of women, people of color and other underrepresented communities in Hollywood, sharing the fact that only four percent of female directors were at the helm of 1,200 films last year, and only 33 percent of the top films of 2017 depicted a female lead or co-lead, and of those only four female actors were from underrepresented racial and ethnic groups, and only five were at least 45 years of age or older.

But there is some hope, Smith explains, due to her 4% Challenge, challenging the entertainment industry’s biggest directors and producers to add at least five females to scripts per year to achieve gender equality quickly. She has already gotten the buy-in from major players, including Paul Feig and Reese Witherspoon. Panelist Sameer Gardezi speaking about how to come up with new access points and training for underrepresented voices that go beyond the training programs currently in place while supporting the business and bottom line.

He implored everyone to put forth the greatest effort when attempting to help others, even when those you’re soliciting for money or help may not originally seem the most amenable to doing so. “When you ask them to help someone, they almost always say ‘yes!’” he countered.

The summit then moved to a number of invigorating panels, before and following a lunch presented by Sony Pictures Animation, including those focused on Breaking the cycle of the obvious hire; Reinventing long-term plans of diversification of talent; Impact: Talent Risk and Award; and CHANGE: Preventative not just the cure. Mexican animator Jorge Gutierrez spoke passionately about breaking the cycle by hiring more women and Latinx creators for his team, and Free the Bid executive director Emma Reeves discussed her initiative’s efforts advocating on behalf of increasing opportunities for more women directors to bid on commercial jobs during triple bidding.

Following each panel were salon sessions, posing questions to each table of attendees, asking that they brainstorm opportunities and share solutions for some of the largest challenges relating to diversification and inclusion within the entertainment industry.

Some examples of questions asked related to ideas for potential new programs to specifically support those ready to become creative leaders, and how we can create space for out of the box hires coming from different lines of business or disciplines. Panelist Jorge Gutierrez discusses how to come with new access points and training for underrepresented voices.

A manifesto synthesizing all of these ideas and recommendations for moving forward will soon be compiled and released by the BRIC Foundation.

Bookending the summit was a powerful and inspirational presentation by closing keynote speaker Karen Horne, SVP of programming talent and inclusion for NBCUniversal, speaking to her history of work at Nickelodeon, Walt Disney Network Television, and the Black Filmmaker Foundation to achieve creating more opportunities for members of underrepresented groups within the industry. “I believe in diversity because it is an opportunity not a risk,” Horne said. “People want to see themselves on the screen.”

The day’s events concluded with a lively cocktail reception, hosted by Disney, allowing all of the attendees to mingle and share thoughts and ideas with each other gathered from throughout the day.

On-site childcare was made available through BRIC Partner Collab&Play, sharing the vision that in order for “a work environment to be genuinely inclusive; childcare needs to be part of the conversation.” Attendees share knowledge during the salon sessions at the 2019 BRIC Talent + Innovation Summit. Attendee Zulema Uriarte-Elizalde giving a breakdown of one of her groups solutions from 2019 BRIC Talent + Innovation Summit. Attendees coming up with actionable solutions that support change with how we recruit, support and nurture women and underrepresented groups that want to be creative leaders in the entertainment, media and tech communities.