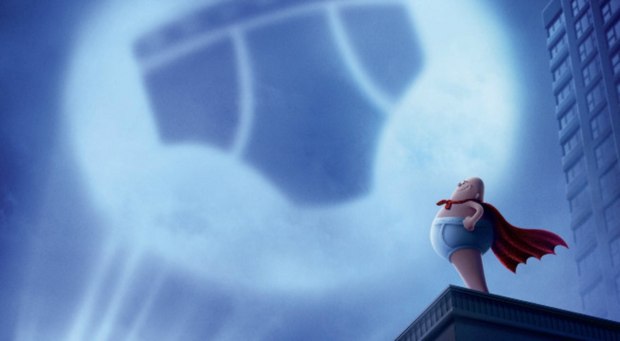 Hart and Helms introduce the new trailer with the old-age debate about what makes a super hero, with Hart pointing out, “He doesn’t have X-ray vision, he can’t even climb a tree!” Then we see the duo in animated form as they manage to hypnotize their school principal into believing he’s the world’s goofiest super hero: “When I snap my fingers, you will obey my every command. You are now the amazing Captain Underpants!”

Directed by David Soren and produced by Mark Swift and Mireille Soria, Captain Underpants: The First Epic Movie is based on the book series by Dav Pilkey, with the screenplay written by Nicholas Stoller. Additional voice cast member include Nick Kroll, Thomas Middleditch, Jordan Peele and Kristen Schaal.