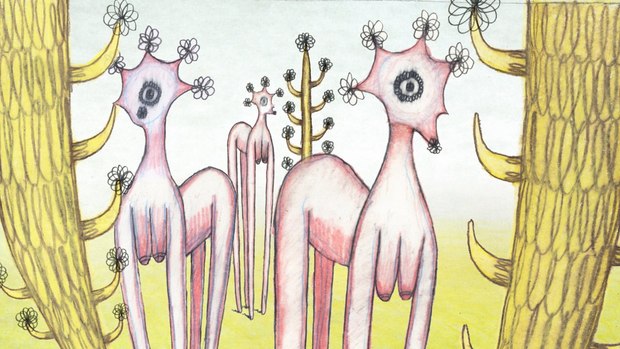 Finland’s Animatricks Animation Festival, presented in partnership with Rovio Entertainment, has announced the winners of its 2015 Animated Shorts competition.

The best Finnish short animated film is Valvoja (The Guardian) by Pietari Bagge, Christer Hongisto, Elisa Ikonen and Inka Matilainen, and the best International short animated film is Bottomfeeders by Matt Reynolds (U.S.). In addition, Balcany at the end of the world (FIN) and Cooped (U.S.) both received honorable mentions.

The Finnish stop-motion animation Valvoja (2014) was directed by Pietari Bagge, Christer Hongisto, Elisa Ikonen and Inka Matilainen, from Aalto University. The eight-minute short tells the story of an old granny and her assistant robot, who is trying to remind her of something very important. The jury was particularly impressed with the film’s unique and touchingly humane style and visual expression. The beautifully shot film creates associative impressions of the treacherous Alzheimer’s disease, which is often a heavier burden on the patient’s family and loved ones than it is on the patient. The minimalistic score, mainly consisting of piano music, was considered to support the narrative in its own unique way. The American hand-drawn animation Bottomfeeders (2014) tells the story of two different species that are separated by a fog; they fight for survival in a decidedly less sympathetic world. The three-minute film is directed by Matt Reynolds. The jury deemed it a compact and concise entity that carries the storyline effortlessly. The naturalism of the film was considered elevating. Although the underlying story is tragic, the jury appreciated the humorous effects that had been added to the narrative, thus creating interesting variation and contrast to the whole. The inventive short animation did not attempt to show off with elaborate music; the soundtrack relied solely on sound effects. The jury nevertheless appreciated the end result and considered it very fitting to the edgy yet compelling production.

In addition, the Jury decided to give two honorable mentions. Mike A Smith’s Cooped (U.S.) received an honorable mention for the professional execution of the genuinely amusing film. The second honorable mention went to the Finnish Balcany at the end of the world, directed by Aalto University students Marika Laine, Markus Lepistö, Leo Liesvirta and Tommi Mustaniemi. The jury appreciated particularly the film’s ingenious soundtrack.

This year’s winners were selected by a jury consisting of three members: Signe Baumane, the director of the brilliant Oscar-nominated animated feature Rocks in my Pockets, world renowned musical virtuoso Mark Thomas, and sound designer Salla Hiltunen from Rovio entertainment.

The best international animation was awarded with 3,000 € and the best Finnish with 1,000 €. The awards, sponsored by Rovio Entertainment, are granted to the directors.