25 animation projects from seven countries will vie for honors in nine categories at the April 6 ceremony, being held on the island of Tenerife, Spain. 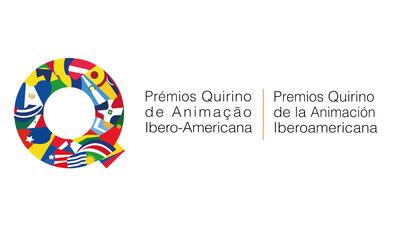 MADRID -- The Ibero-American animation Quirino Awards have announced the finalist works in the nine categories of its second edition, that will be held next April 6th in Santa Cruz de Tenerife (Spain). The announcement was made during a press conference at the Casa de América in Madrid, with the participation of: Beatriz Navas Valdés, ICAA general director; Silvia Barraclough, ICEX, Spain Trade and Investment’s Head of Videogames, Animation  and VR Sector; Elena Vilardell, Technical and Executive Secretary of the Ibermedia Program; Alberto Bernabé, Vice President of Cabildo de Tenerife and Tourism, Internacionalization and Exterior Action Counselor; Antonio Pérez-Hernández Torra, Casa de América General Director; Carlos Biern, DIBOOS President; and Jose Luis Farias, Quirino Awards Coordinator; as well as representatives of the embassies of Brazil, Chile, Colombia, Mexico and Portugal.

A total of 25 works from seven countries from the region will aim for the statuettes of this second edition. Productions from Argentina, Brazil, Chile, Colombia, Mexico, Portugal and Spain will vie for Quirino Awards in nine categories, a wide representation of works oriented towards a young and adult audience that reflects the international projection of Ibero-American animation.

Spanish animation is the most represented with 13 nominations while Brazil presents 7 finalists, followed by Colombia (5), Argentina (4), Chile (4), Portugal (3) and Mexico (1).

The Spanish short film La noria has the most nominations (3), followed closely by the Chilean series Paper port 2nd season – The Lives of Others and the Colombian feature film Tropical Virus, each with two.

The selection has been made by an international jury integrated by the director and script-writer Alê Abreu, the Pixar character art director Deanna Marsigliese, the producer Gustavo Ferrada, the Sola Media sales director Barbie Heusinger and the Xilam Animation head of development Marie-Laurence Turpin.

The four feature films that were nominated for Quirino Awards are: the Spanish Another Day of Life and Buñuel in the Labyrinth of the Turtles; the Brazilian Tito and the Birds; and the Colombian Tropical Virus. Series finalists are the Chilean Petit and the second season of Paper Port – The Lives of Others (the first season was a finalist for the 2018 Quirino Awards) and the Brazilian Jorel's Brother - Be Broccoli!.

In the short film category, the nominees are: the Spanish La noria and Mum’s the Word and the Brazilian Guaxuma. School short film finalists are the Portuguese The Hat, the Mexican Reverie and the Spanish Patchwork.

In addition, 16 other works will compete for the Quirino Award in the innovative works, commissioned films, visual development, animation design and sound design and original music categories. The list of all the finalist works can be found here.

The second edition of the Quirino Awards received a total of 244 works from 16 countries. The following is a list of the finalists for 2019:

The awards are named in honor of the creator of the first animated feature film, the Italian-Argentinian Quirino Cristiani, who in 1917 directed El Apóstol, an Argentinian production where 58.000 handmade drawings in 35 mm were used besides several miniatures that represented public buildings and the streets of the city of Buenos Aires.

In 2018, the Mexican feature film Ana and Bruno by Carlos Carrera, the series The Tiniest Man in the World by the Argentine Juan Pablo Zaramella and the Spanish short film Decorado by Alberto Vázquez won awards in the main categories.

The Quirino Awards, which have Cabildo de Tenerife as its main sponsor through the Tenerife Film Commission, reflect the determined commitment to animation that has made on the island for years. This commitment has also materialized with concrete actions to support the flourishing local industry, attendance to the main international markets and the promotion of the brand "Tenerife Isla Cartoon,” specific for this sector.