After raising almost $500k through Kickstarter, Olan Rogers began work last week on an animated short and nine-episode series which may have ties to the fan-favorite cancelled series. 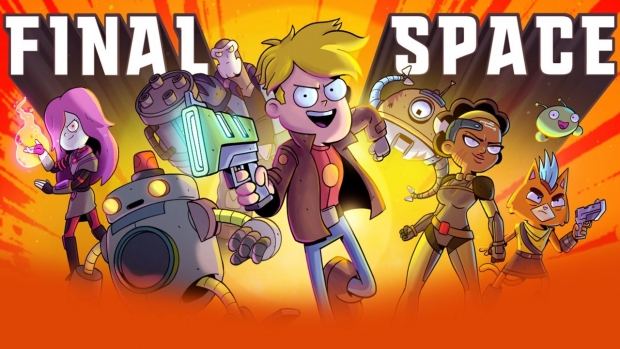 A new project rises from the ashes. Fan favorite series Final Space was just one of many animated casualties of the Warner Bros. Discovery merger, having been first axed from TBS, then saved by Adult Swim before meeting its ultimate end on HBO Max. The series was a serialized intergalactic space saga about an astronaut named Gary and his adorable, planet-destroying friend, Mooncake.

Last year, creator Olan Rogers created a Kickstarter campaign for new project, Godspeed, which raised nearly half a million dollars despite only an $80,000 goal. The description touts Godspeed as an animated short, which will be accompanied by a nine-part ‘how it was made’ series.

Rogers says, "Godspeed: an expression of good wishes to a person starting a journey. Seems like a fitting title since we're starting a journey, and we'll you know (wink)! This is a sci-fi animated short, taking the six-plus years of experience from hungry Final Space alum to make something truly jaw-dropping. We never got to show the world what we could really do; we were always stopped short, whether it be because of budget or notes. Now the goal of this project is to not only make a short animated film but to document the journey into a six-episode (now nine-episode) making animation series, documenting the entire process of developing, writing, boarding, animating, and even pitching."

According to a recent Tweet, production for the new short began last week in Atlanta. Rogers writes, “Feels like a very mini Final Space reunion, haven’t been in the same room with these amazing people at the same time in years and now we’re making a tiny independent animated project together.”

Production day 1 in Atlanta on @godspeedseries Feels like a very mini Final Space reunion, haven’t been in the same room with these amazing people at the same time in years and now we’re making a tiny independent animated project together. pic.twitter.com/Kz2vSie9rC

Can’t wait to see what the team has in store! Justice for animation!