Final trailer for director Gareth Edwards’ forthcoming installment in the ‘Star Wars’ saga sets up a familiar story of a parent and child at ideological odds with glorious visuals that hint at the film’s epic scale. 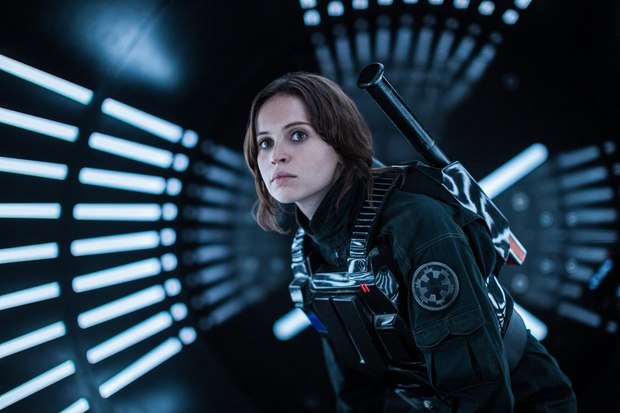 As promised yesterday, Lucasfilm has dropped its final trailer for Rogue One: A Star Wars Story. The new trailer, which debuted Thursday morning on ABC’s Good Morning America, provides a slew of new footage from the forthcoming installment in the Star Wars saga, with glorious visuals that hint at the film’s epic scale.

Explosions and gun battles serve as a backdrop to a familiar story: a parent and child at ideological odds. Galen Erso, a brilliant weapons designer played by Mads Mikkelsen, faces off with his daughter Jyn Erso (Felicity Jones) over his role in bringing the Death Star online.

“We have hope,” Jyn says in the trailer. “Rebellions are built on hope.” Watch it in the player below, courtesy of the official Star Wars YouTube channel:

The first in a series of planned Star Wars anthology films, Lucasfilm’s Rogue One takes place before the events of Star Wars: A New Hope, and tells the story of unlikely heroes who have united to steal plans to the dreaded Death Star. Here’s the official synopsis:

From Lucasfilm comes the first of the Star Wars standalone films, “Rogue One: A Star Wars Story,” an all-new epic adventure. In a time of conflict, a group of unlikely heroes band together on a mission to steal the plans to the Death Star, the Empire’s ultimate weapon of destruction. This key event in the Star Wars timeline brings together ordinary people who choose to do extraordinary things, and in doing so, become part of something greater than themselves.