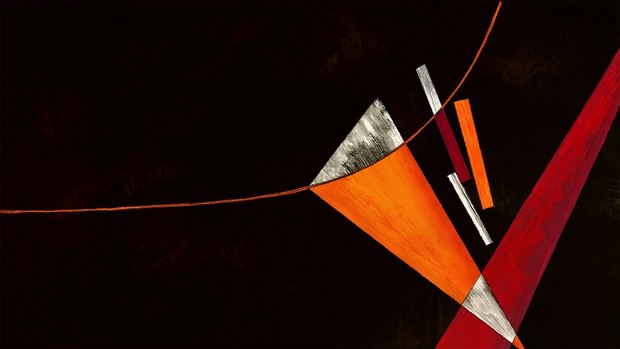 LUDWIGSBURG, GERMANY -- The student project Jazz Orgie has been chosen as the new FMX 2016 trailer. The decision to select Irina Rubina's one-minute tour de force in music and animation, which was realized in the third year of study at the Institute of Animation at the Filmakademie Baden-Wuerttemberg, marks the official kick-off for next year's FMX edition. Accompanied by the trailer Jazz Orgie, FMX will present its participants with a veritable VFX feast. In addition, FMX will bring the people to Stuttgart that dream up and realize the worlds that surround and immerse us, from virtual and augmented realities to the interactive worlds of games and transmedia projects. FMX 2016 takes place from April 26-29, 2016.

The freshly-selected FMX trailer Jazz Orgie surprises the audience with its pulsating jazz sounds and its unconventional, abstract look that is reminiscent of the great modern painters of the 20th century. Rubina, who cites Ed Lissitzky, Kasimir Malewitsch, Piet Mondrian and Alexander Rodtschenko among her sources of inspiration, aimed at combining constructivism, buoyant jazz and dance. Who was here first, the saxophone or the yellow triangle that suddenly jumps onto the screen? Jazz Orgie defies the simple categorizations of "film" and "soundtrack," thus creating a unique experience.

The filmmaker Irina Rubina hopes to instill her film's energy into next year's FMX as well, “Jazz Orgie is a visual and musical groove experience in less than one minute. I absolutely love the idea that the film's spirit erupts at FMX. I hope that its colors light up FMX, and that Jazz Orgie shakes up the event, even if only a little.”

Jazz Orgie's genesis started out as a piece of music. At first the band Blofish composed and recorded the music, based on Rubina's dramaturgy sketches, thus providing the basis for the choreography that was performed by a professional dancer. Rubina then edited the recording of these dance moves and translated them into pieces of abstract animation. By adding further abstract shapes as she went along, she created a visual interplay of different colors and forms.

An exemplary work of mixed media, the student project Jazz Orgie has already explored the aspects of transmedia and interactivity with this year's first edition of New Music & Animation, an event that took place shortly after FMX 2015 and was organized by the Stuttgart Festival of Animated Film (ITFS). Here, Irina Rubina made an appearance as a VJ, using the elements from her film to interact with the jazz band TRI that played their version of the jazz classic Kind of Blue.